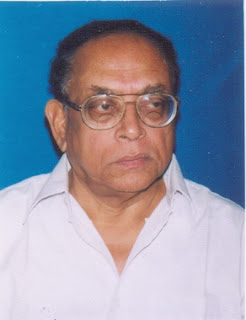 Bhubaneswar,
July 28: After the ruling BJD rejected his proposal for convening an all-party
meeting on Mahanadi water issue, senior Congress leader and Leader of
Opposition in the State Legislative Assembly Narasingha Mishra on Wednesday informed
that he will convene an all party meeting on August 3.
Speaking
to media persons at Brajarajnagar after heading a team to Chhattisgarh for a
ground study, Mishra said he has decided to arrange all-party meeting after Chief
Minister Naveen Patnaik failed to take the initiative in this regard and
rejected the proposal.
The Mahanadi
issue has been rocking the State since one-and-half month after Chhattisgarh’s
act of constructing projects in the upstream of Mahanadi river came to light.
“I had
written to the CM to call for an all-party meeting. But they showed no interest.
Hence, I will arrange an all-party meeting on August 3,” said Mishra.
On Wednesday
BJD rejected the proposal of the Congress saying it is politically motivated.
“National
parties operating in Odisha do not have any independent view. In every issue they
take directions from their high commands. Therefore, it is valueless to hold
discussion with them,” BJD spokesman Pratap Keshari Deb said in a statement.