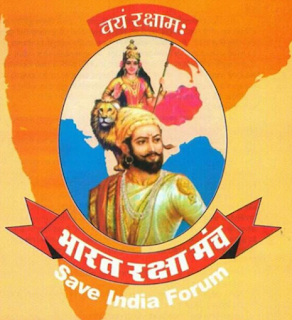 Bhubaneswar Aug 5: The Bharat Raksha Manch along with 15 other nationalist and Hindu organisations
would hold a two-day conference on August 8 and 9 at Bhubaneswar here.
The  conference will be  the
7th nationwide  initiative of  Ek Bharat Abhiyan- Kashmir Ki Aur, wherein
160 nationalist and Hindu organisations across the country  are collaborating to support the return and
rehabilitation demands  of  the Kashmiri Hindus on the terms that Panun
Kashmir has been highlighting since the
last 25 years.
Murali Manohar Sharma,
the National Co-convener of the Bharat Raksha Manch in a statement said that
the joint conference will urge the Union Government to take immediate steps to
prevent Kashmir and entire Indian nation from becoming another Islamist
controlled territory like parts of Pakistan, Afghanistan, Syria, or Iraq.
It is time that the Government
removes its blinkers and recognizes the fundamentalist upsurge in Kashmir and
as a part of the global Jihad engulfing the entire Indian nation. The open
movement of dreaded terrorists of LeT, HM, JeM in the separatist protests is a
warning to the very democratic set up of the country.
The conference will be
attended by representatives of Hindu Jan Jagruti Samiti, Panun Kashmir, Sri Ram
Sene, Shiv Sena, Hindu Makkal Katchi, Hindu Sanhati and other Hindu
organisations from 14 different states. A Seminar on “Ek Bharat Abhiyan” will
be held at the Budha Temple at 11 am on August 8 and a public meeting at the
Bhanja Kala Mandap on August 9.
Anil Dhir, Co-ordinator
of the meet said that this will be the first of its type of conference in the
State.
The leaders will submit
a memorandum to the Governor and have asked for a meeting with the Chief
Minister Odisha.