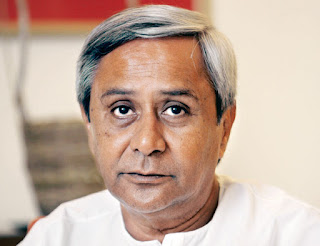 Bhubaneswar, Dec 5: After being criticised by several
quarters over the alleged incidence of women being asked by police to remove
their black stoles, scarf and shawls before their entry to the Chief Minister’s
meeting venue in Sundargarh on Sunday, CM Naveen Patnaik on Monday asked
Director General of Police (DGP) for an inquiry.
Patnaik on Monday evening summoned Home Secretary Asit
Tripathy and DGP KB Singh and expressed displeasure and asked them to ensure
that the dignity of women is respected.
“The CM expressed his displeasure over the incident. He
directed the DGP for a probe and asked police to be vigilant sol that such
incidence does not happen in future,” said Tripathy.
DGP KB Singh said a probe would be conducted and a report
would be submitted to the Chief Minister at the earliest.
“The CM has asked to ensure that such incidence does not
recur. A probe report would be submitted at soon as possible,” said Singh.
On the other hand, the State Assembly could not conduct any
normal business, except laying of a CAG report, on Monday as Opposition
Congress and BJP members demanded an apology from Chief Minister Naveen Patnaik
alleging that women were disrespected at a meeting addressed by Chief Minister
Naveen Patnaik in Sundargarh on Sunday.