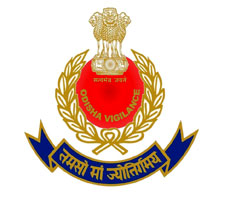 Bhubaneswar, Aug 17:
The State Government’s notification exempting Vigilance from the RTI Act
purview was challenged in the Orissa High Court.
Rights activist Subash
Mohapatra on Wednesday challenged the constitutional validity of notification
No.8081 dt.11-8-2016 issued by the Commissioner-cum-Secretary, Information and
Public Relations Department, so also the same being against the spirit and
preamble of the Right to Information Act, 2005.
Mohapatra sought the court’s intervention to declare the said notification
as ultra vires.
The Information and Public Relations Department issued a notification on August 11 exempting Vigilance from RTI purview. “In exercise of the powers conferred by sub-section (4) of
the Section 24 of the RTI Act, the state government do hear by specify that
nothing contained in the said Act shall apply to the general administration
(vigilance) department and its organisation,” the notification said.
The petitioner
contended that the said notification clearly violates Article 19(1) (a) of the
Constitution, which, as per the interpretation of the Supreme Court, guarantees
to all Indian citizens the fundamental right to information. It is rightly
regarded as the harbinger of change, the instrument of empowerment of the
common man. The Act has laid down revolutionary provisions to enable each
citizen to demand answers to questions pertaining to public acts performed by
the public functionaries.
“The rules are meant
only to carry out the provisions of the Act and cannot take away what is
conferred by the Act or whittle down its effect,” said Mohapatra.
Mohapatra said in terms
of Section 24(4), the State Government is empowered to notify in the Official
Gazette that nothing contained in the Right to Information Act shall apply to
such intelligence and security organization being organizations established by the
State Government. Nevertheless, in the light of the first proviso, such power
being conferred on the State Government to notify exempting such intelligence
and security organizations, it cannot notify in respect of the information
pertaining to the allegations of corruption and human rights violations.
As a necessary
corollary, the power to exempt from the provisions of the Act is not available
to the State Government even in case of intelligence and security organizations
in respect of the information pertaining to the allegations of corruption and
human rights violations. Furthermore, it is humbly submitted that General
Administration (Vigilance) Department of Govt. Of Odisha is dealing with all
corruption cases pertaining to the officers working under the state, who being
a model employer is required to maintain transparency to the highest level, but
in the case at hand it has come out with the notification vide keeping the
corruption a secret; whereas, the proviso of Section 24 provides that “the information
pertaining to the allegations of corruption and human rights violations shall
not be excluded under this sub‑section” but the notification is in complete
violation of the said section though the State of Odisha has formulated the
same invoking sec. 24 of the RTI Act. For the said reason, the action of the
Govt. is required to be quashed in the interest of upholding the supremacy of
an informed citizenry.