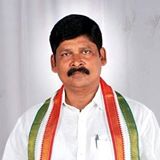 Bhubaneswar, Aug 30: Paralakhemundi MLA K Surya Rao, accused
of abetting the suicides of former Parala king’s former manager Anag Manjari
Patra and her three siblings, approached the Orissa High Court seeking
pre-arrest bail on Monday.
The MLA moved the HC at a time when the Special Investigation
Team (SIT) of CBI intensified its probe into the quadruple deaths.
Anang Manjari in her suicide note blamed the MLA and some
others for her suicide and the death of her three siblings and insisted she was
innocent.
Her family members have been alleging that she and her
siblings became victims of a conspiracy, engineered by some vested interests.
Meanwhile, sources said the Gajapati police reportedly booked
the MLA on charges of abetment to suicide after the Amulya Patra, elder brother
of Anang lodged an FIR at Paralakhemundi police station.
Some of the others against whom the FIR was lodged include
ruling BJD’s former Gajapati district president Basant Das, Parala town
Congress president Basant Panda and Congress worker Sudhir Mohapatra, sources
added.