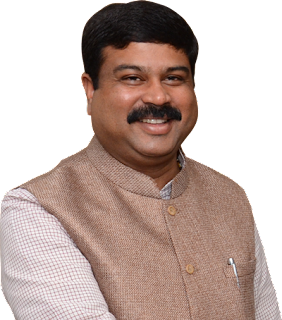 Bhubaneswar, Aug 29: Defending party leader Union Petroleum
and Natural Gas Minister Dharmendra Pradhan for his Ola and Uber remarks
vis-à-vis ‘Teacher on Call’ plan, the Odisha BJP on Monday said permanent
arrangement must be made by the State Government for the betterment of students
instead of resorting to hiring teachers.
Briefing media persons here party general secretary Prithviraj
Harichandan said the statement of the Union Minister has been misinterpreted.
“The School and Mass Education Minister and other Ministers of
the Naveen Patnaik Government are unnecessarily playing politics. The ‘Teacher
on Call’ programme is disrespect to the teachers’ society. Why the State
Government does not fill up all 43,810 primary and 12,024 high school teacher
posts lying vacant by March 31, 2016,” questioned Harichandan.
He said, “What the PNG Minister suggested the State
Government is to appoint regular teachers instead of taking them on hire like Ola
and Uber taxis. He advised the Government to recruit all eligible CT and BEd
candidates to fill up the vacant posts.”
“But the BJD Ministers and spokespersons, instead of giving
specific replies, are making vague statements,” alleged BJP State
vice-president Sameer Mohanty, who also present in the press conference.
On Sunday, slamming the Odisha Government’s move to appoint
retired teachers for temporary filling of vacancies in schools, Pradhan said
teachers should not be hired like drivers of cab services to take classes on
call basis.
“Our teachers are not taxi drivers. They cannot be called
when required and then asked to leave. There is no dearth of trained quality
teachers for imparting education,” Pradhan said.