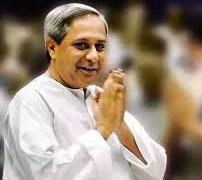 Bhubaneswar, November 4, 2017: Odisha
Government has collected a total of Rs 3,735.14 crore after the implementation
of GST from different goods and services during the last four months from July
1 to October 31, a 2.30-per cent rise over Rs 3651.28 crore collected towards
various taxes during the corresponding period of the last month.
Finance Minister Shashi Bhushan
Behera informed this in the State Assembly in response to a question of BJD MLA
Saroj Kumar Samal and a host of other MLAs on Monday.
The Minister said the State
collected a total of Rs 4,415.20 crore as VAT and Central sales tax from
non-GST items like petrol, diesel, turbine fuel, natural gas, crude oil and
liquor during the above period.
Meanwhile, the Indian Oil
Corporation Ltd (IOCL) has paid VAT of Rs 2,934 crore, which was outstanding
for a period from July 2015 to September 2017.
Regarding compensation on loss of
tax due to execution of GST from July 1, the Minister told the House that the
State has estimated to collect a total tax of Rs 14,357.76 crore during the
current year, 2017-18 on the basis of tax collected in 2015-16, i.e. Rs 11,047
crore, and with a growth rate of 14 per cent over it.  After the collected amount is deducted from
the estimated amount, the balance would be collected as GST compensation from
the Union Government.  For July and
August, the State has received Rs 333 crore towards compensation and the Centre
has sanction GST compensation of Rs 687 crore for September and October.
The compensation amount would be
adjusted at the end of the fiscal, said the Minister.