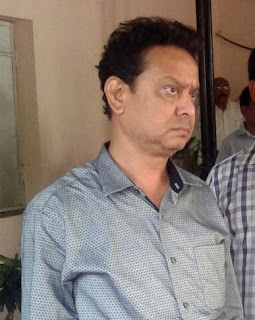 Bhubaneswar, Oct 1: The Economic Offences Wing (EOW) of the Crime
Branch has arrested one Somanath Adhikari in connection with two bank fraud
cases worth Rs 7 crore.
He was arrested from Delhi Airport on Thursday by a special
EOW team. He was produced in a local court here on Saturday.
In both the cases put together, he has cheated State Bank of
India (SBI) and HDFC Bank to the tune of Rs 7 crore. He was on run for last four
years.
According to EOW officials, in the year 2007, Adhikari,
resident of Lalbazar, Ward No.4, Baripada in Mayurbhanj district had applied
for cash credit loan from SBI SMECCC Branch, Bhubaneswar. He used fake
documents such as electricity bill, voter identity card, rent and holding tax
receipts to cheat the bank.
He also produced fake guarantor who impersonated as genuine
and obtained cash credit loan of Rs 1.5 crore. He could also secure a bank
guarantee of Rs 10 lakh and adhoc over draft facility of Rs 15 lakh from the
bank. Subsequently, he did not pay dues.
Earlier in this case, accused Jata Sahoo, fake guarantors
Pitabash Behera and Mamata Kandi were arrested and forwarded to court.
In 2007 too, Adhikari also took loan from erstwhile
Centurion Bank of Punjab Ltd which later merged with HDFC Bank.
“Adhikari availed loan to the tune of Rs 5.25 crore from the
bank on the basis of fake documents and did not repay the loan amount,” said a
EOW Press release.
Acting in tip-off that Adhikari was travelling from Mumbai to
Delhi by air, an EOW special team nabbed him at Delhi airport on his arrival on
Thursday.

Missive to Centre for Doppler radars in disaster prone Odisha