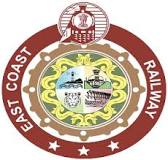 Bhubaneswar, October 8: The East coast Railway (ECoR) have
started a drive to check without ticket/irregular ticket travel by trains in
its jurisdiction. Massive ticket checking drives involving Commercial Ticket
Checking Staff as well as Railway Protection Force (RPF) are being conducted on
all sections of three Railway Divisions on a regular basis.
In September 2016, as many as 43 Fortress Checks and eight
Ambush Checks were conducted during which 5,521 (4819+702=5521) passengers
travelling without ticket/irregular ticket were apprehended and fare with
penalty amounting Rs 22,51,910 collected.
In addition, 1,440 cases of un-booked luggage were also
detected and penalty of Rs 1,19,215 was collected.
The ECoR authorities have planned to conduct similar checks
in coming months also to ensure that all passengers travelling by trains do so
after purchasing valid tickets. The checks were appreciated by public at large.

KIIT gets category ‘A’ status from MHRD