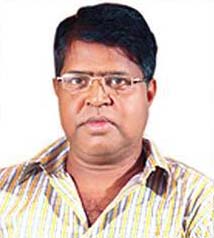 Bhubaneswar, Oct 20: Founder and owner
SUM Hospital Manoj Ranjan Nayak was arrested by the Commissionerate Police on
Thursday after he surrendered before it in connection with deaths of 21
patients over Monday’s fire tragedy at the hospital, confirmed Commissioner of
Police YB Khurania on Thursday.
On Wednesday, the police issued look
out circular notice for Siksha ‘O’ University Charitable trustees, Manoj Ranjan
Nayak and wife Saswati Das to prevent them from moving out of country.
Meanwhile, the SOA management that
runs the SUM Hospital in a press statement said, “Taking full responsibility for
the fire tragedy at the SUM Hospital, Prof. Manojranjan Nayak, Founder
President of Siksha ‘O’ Anusandhan, has surrendered before the Khandagiri
police station at 3.30 am on Thursday as soon as he came to know that a Look Out
Circular had been issued in his name.”
“Prof Nayak has assured the local
police that he would extend full cooperation in the process of investigation. As
already emphasized, the SUM Hospital authorities will wholeheartedly cooperate
in all respects. In deep grief for the loss of lives in accident, the hospital
will continue to serve the people with full dedication as before,” it added.
Commissioner of Police Khurania said he
surrendered in the intervening night of Wednesday and Thursday at the
Khandagiri police station. He was booked under Sections 304, 308, 285 and 34 of
IPC. All the Sections are non-bailable ones.
He will be forwarded to court today.
Khurania told media persons that his
wife Saswati Das against whom the police also issued look out notice is
avoiding investigation.
On Tuesday, the Khandagiri police
arrested four employees of SUM Hospital, including its superintendent Pusparaj
Samantsinghara a day after the tragedy.
A total of four FIRs, including two by
Government agencies have been filed against the SUM authorities.