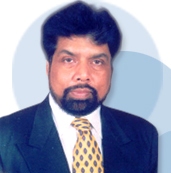 Jagatsinghpur, Nov 4: The Jagatsinghpur police issued a Look
out Circular (LOC) against former against industrialist Mahimananda Mishra aka
Mahima Mishra, for his alleged complicity in the murder of the manager of
Seaways Shipping, Mahendra Swain on October 26.
This means that Orissa Stevedores Ltd (OSL) managing director
Mishra faces the possibility of an arrest when he tries to leave the country. A
LOC is issued against a person when he is wanted by the police, either for the
purpose of questioning or an arrest in any case.
Jagatsinghpur SP Jayanarayan Pankaj said that the LOC was
also issued against the all the persons named in the FIR filed by the deceased’s
family.
The deceased manager’s elder brother had lodged an FIR at
Paradip police station alleging OSL MD Mahimananda Mishra, director BK Bala and
company’s two senior executives Devi Prasad Tripathy and Subash Achary has committed
the crime.
Mahendra Swain was shot dead by some unidentified miscreants
near Ambedkar Bhavan in Paradip on October 26 when he travelling in his SUV. No
arrests have been made as yet.

Tsunami preparedness mock drill in 4 States including Odisha on Friday

Water ATMs in offing in Bhubaneswar