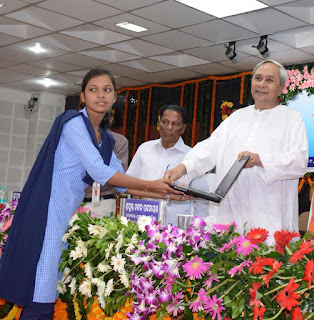 Bhubaneswar, September 23, 2017: As many as 153 lecturers got
appointment letters by Chief Minister Naveen Patnaik on Saturday here at a
function. They will be engaged at different degree colleges across the State.

“Last year, as many as 1600 aided-college lecturers were
appointed and after induction of 153 degree college lecturers, 700 more are in
process of recruitment,” said the Chief Minister. The CM also distributed
laptops to meritorious students who excelled well in Plus II examination.

The Higher Education Department also organised a workshop on
‘Quality Education and Role of Lecturers’ on the occasion.
“Number of State Government universities have increased to 12
while number of NAAC-accredited universities growing steadily with nine universities
securing A Grade. I reiterated consistent efforts to ensure quality education
in colleges by appointing adequate faculty and development of infrastructure,”
said Patnaik. 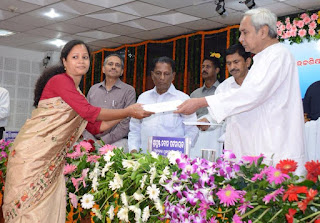 Highlighting different schemes initiated by the State
Government, Patnaik said that about 1.5 lakh girl students have been trained in
self-defense while assistance to about 25,000 students every year have been
provided under the scholarship programme, and loan for higher education at
concessional rate of 1% through Kalinga Sikhya Sathi Yojana
“Laptops were distributed among 60,000 students under Biju
Yuba Sashaktikaran Yojana and 15,000 more laptops will be distributed receive
in next two weeks,” added the CM
Higher Education Minister Ananta Das and Department Secretary
GVV Sarma and Director Dhiren Patnaik were present.
x