Bhubaneswar, December 22, 2017: As many as 2,275 Highways
construction workers from Odisha among 1.12 lakh people from across the country
will be provided training in World Bank funded projects in the trades of
masonry, bar-bending and shuttering over a span of four months by June 2018,
said Union Minister of Road Transport and Highways Nitin Gadkari on Friday in
New Delhi.
They will be trained as part of a skill development
initiative of the Ministry of Road Transport and Highways.
“Around 1.12 lakh workmen will be provided training at 310
projects of MoRTH, NHAI and NHIDCL by June 2018,  under six trades namely masonry, bar-bending,
shuttering, scaffolding, painting and plumbing,” said Gadkari in a function organised
to felicitate workers.
Orders for this were allotted to nine skill training agencies
on the occasion. The Minister also said that about 2.5 lakh workmen will be
trained in other projects of the Ministry, NHAI and NHIDCL by 2019.
So far, nearly 2,800 Highways construction workers from
Odisha, Karnataka, West Bengal, Rajasthan and Bihar have been trained.
Over 300 workers from among them received certificates from
Nitin Gadkari, Minister of Road Transport and Highways, Shipping, Water
Resources, River Development and Ganga Rejuvenation at New Delhi on Friday.
Dharmendra Pradhan, Minister of Skill Development and
Entrepreneurship and Petroleum and Natural Gas, and Mansukh L Mandaviya, MoS
Road Transport and Highways and Chemicals and fertilizer were also present on
the occasion. 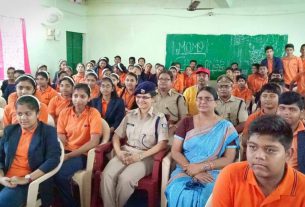 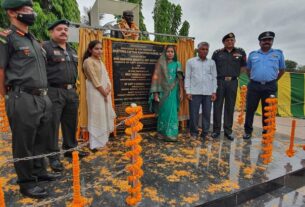