Skip to content
Bhubaneswar, December 22, 2017: Chief Minister Naveen Patnaik on Friday expelled
senior Minister Damodar Rout from the Council of Ministers for his derogatory
remarks on Brahmins.
Four days after he stirred controversy for his beggar remark
on Brahmin community, Patnaik dismissed Agriculture Minister Damodar Rout from his
Council of Ministers.
“I strongly disapprove of anyone who makes derogatory remarks
against any caste, creed and religion. I have dismissed Dr Rout from the
Council of Ministers. A letter has been sent to the Governor this evening for approval
of his dismissal,” said Patnaik.
Known for his off-the-cuff remark, Rout faced flak from
various quarters on December 18, while attending the Maybanta Mahatsoav in
Malkangiri said that tribals never beg even in adverse situation; rather
Brahmins beg for alms, if situation arises even at bus stand.
However, the statement of the BJD vice-president led to
State-wide resentment among Brahmins and priest community. Several priest and
Brahmin outfits, including the Odisha Vedic Brahmana Parishad and Mukti Mandap
Brahmana Mahasabha in Puri also took to the streets demanding an apology from the
BJD loudmouth and also demanded that the CM dismiss him from his Council of
Ministers.
Seeing the situation going out of control, Rout through
social media beg apology.
Recently, the BJD veteran also triggered controversy for
questioning freedom fighter status to Jayee Rajguru and even disagreed with CM
Naveen Patnaik who hailed Rajguru as the first Odia freedom fighter.
The BJD vice-president also brought embarrassment for the
Chief Minister for his objectionable remarks against Anganwadi workers and a
woman BJP leader. 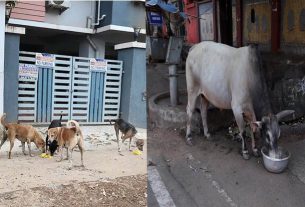 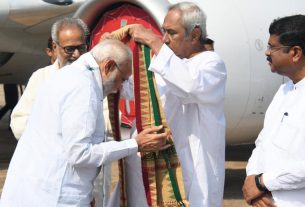