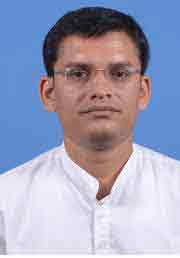 Cuttack, July 26: In a
major relief for Bargarh BJD MLA Debesh Acharya, the Orissa High Court on
Tuesday directed the State police not to take any coercive action against him
till further orders.

Earlier this month, the
MLA and his elder brother and Sambalpuri Bastralaya president Sambit, among 14
others, moved the Orissa High Court for anticipatory bail in connection with
their alleged involvement in attacks on two Union Ministers- Santosh Gangwar
and Sadhvi Niranjan Jyoti at Bargarh- at Bargarh on June 24.

The MLA has also approached
the High Court seeking to quash an FIR registered against him by the Baragarh
police.
After preliminary
hearing on the plea, Justice BK Nayak directed the local police to submit the
case diary of the case in the court within four weeks and directed the
prosecution not to take any action against the MLA.
It was alleged that BJD
activists under the leadership of MLA Acharya had showed black flags to the Union
Ministers and attacked their convoys damaging the car of Union Minister Gangwar
at Baragarh on by pelting stones while they were on their way to attend BJP’s
Vikash Utsav.
The Bargarh police have
booked the MLA and others under Section 307 (attempt to murder) of IPC.