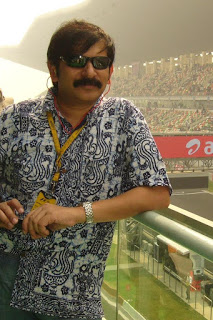 Cuttack, July 26: A
Vigilance (Special) Court here on Tuesday rejected arrested Tripura-cadre Odia
IPS officer Joydeep Nayak’s bail plea and allowed the anti-corruption wing of
the State police to take the now suspended IPS officer on remand for three
days.
Nayak was arrested by a
special team of the State Vigilance from Ghaziabad in Uttar Pradesh on Sunday,
after he remained underground for almost a month.
The 1991-batch officer, on an
inter-cadre deputation here between 2011and 2016 and while officiating as IG of
Human Rights Protection Cell (HRPC), had allegedly  embezzled Rs 88 lakh meant for computer skill
development of SC and ST students.
The IPS officer was
booked by the State Vigilance under several sections of the IPC and Prevention
of Corruption Act for allegedly misappropriating Government funds during his
deputation to Odisha. He was working as Officer on Special Duty (OSD) at the State
Institute of Public Administration and Rural Development in Agartala. Last
month, the State Vigilance officials had lodged a case against Nayak and five
others over alleged misappropriation of Rs 88 lakh meant for computer literacy
of SC/ST students.
As IG of Odisha SC/ST
Protection Cell, Nayak in October last year proposed to the SC/ST Department
that funds be sanctioned to promote computer literacy among SC/ST students in
the coastal areas in Odisha. The proposal was approved and on December 9 last year
Rs 88 lakh was credited to the bank account of IG, HRPC, sources said. Vigilance has already arrested five others, including a senior OPS officer, in connection
with the scam.