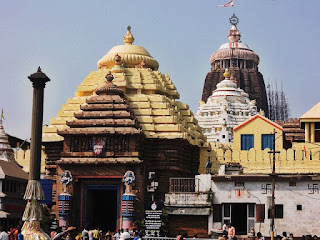 Bhubaneswar, June 14, 2018: As per the Supreme Court order, a three-member
committee headed by former -Chief Administrator of Puri Jagannath Temple Suresh
Mohapatra with IG (Central Range) Soumendra Priyadarshi and temple managing
committee member Mahimohan Tripathy as members, was formed to study managements
of other shrines in India.
The Supreme Court on June 8 passed a slew of directions for
proper management of the Jagannath Temple in Puri and to prevent exploitation
of pilgrims there.
The SC ordered the Odisha Government to form a committee to
study the practices followed by the administration of other religious shrines
such as Vaishnodevi, Somnath Temple and Golden Temple, and incorporate these in
the management of the Jagannath temple.
The team will study management scheme of important shrines
such as Vaishno Devi, Somnath Temple, Golden Temple, Tirupati Temple and
suggest changes at Puri Jagannath Temple.
The Law Department which supervises the administrative
affairs of the 12th century shrine issued a notification about the formation of
the team today.
As per the notification, the committee will study the
management schemes of other important shrines such as Vaishno Devi, Somnath
Temple, Golden Temple, Tirupati Temple, Dharmasthala (Karnataka) Temple and suggest
such changes as may be considered necessary for the Shree Jagannath Temple,
Puri.
The Committee has been asked to give its interim report by
June 30 as per the direction of Supreme Court.
Notably, the Supreme Court June 8 while hearing a petition
filed by Mrinalini Padhi that highlighted difficulties faced by devotees at the
Jagannath Temple at Puri and their harassment or exploitation by the sevaks (servitors)
of the temple, passed a slew of directions to prevent exploitation of devotees
by staff at the famed Puri Jagannath temple.
It also directed the Puri District Judge Ambuja Mohan Das to
submit a factual report of difficulties faced by visitors, exploitative
practices (if any), deficiencies in the temple management (if any) and
suggestions to improve the overall functioning of the temple by June 30.
The apex court also appointed senior advocate Gopal
Subramanium to assist the court in framing guidelines for managing the affairs
of Jagannath temple besides debarring the servitors to accept dakhinas from
devotees. 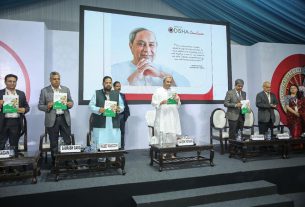 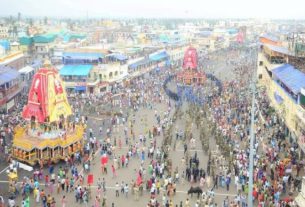