Rourkela: Students of Rourkela Government ITI on Friday staged dharna demanding ex-gratia of Rs 25 lakh and Government service to a family member of student who died after falling off a train while returning to his home from Bhubaneswar after extending support to cyclone Fani victims.

At least 37 students of the ITI had gone to cyclone Fani-ravaged Bhubaneswar for electrical restoration work as per the announcement of the Government.

According to the agitators, a team of 37 students of the Rourkela Government ITI including the deceased Bhaskar Sahu (19) had visited Bhubaneswar to extend support to the Fani victims. After completing the task, the students were returning to Rourkela in Intercity Express on May 15.

Unfortunately, Bhaskar fell off the train between Rajgangpur-Kalunga and died.

Demanding immediate compensation of Rs 25 lakh and a Government job to a family member of the deceased, the students staged a dharna in the institute premises.

Notably, in order to expedite the power restoration work in Cyclone Fani-hit districts, the State Government has decided to deploy ITI and trained students for inspection of domestic electricity connection.

As per the programme, the students of ITIs and polytechnics were sent for house-to-house inspection and restoration of domestic power supply in Bhubaneswar and Puri. 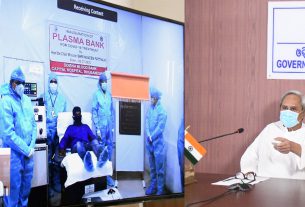 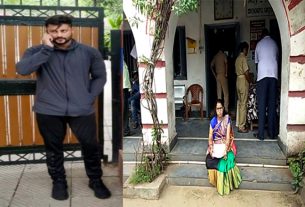