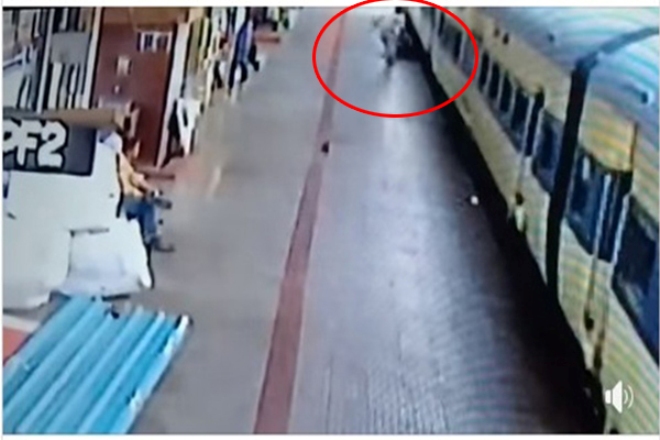 Bhubaneswar: A Railway Protection Force (RPF) constable saved a young passenger from falling between a moving train and a platform at Bhubaneswar Railway station on Sunday evening.

According to sources, Bhadrak-Bhubaneswar MEMU was leaving the station yesterday evening. As the train started moving, Nazir Malik (24), a resident of West Bengal tried to detrain. He slipped and was about to fall between the train and the platform number 2.

The entire incident has been captured on CCTV.

Railway Police Force (RPF) Constable NB Rao who was seen walking on the platform saw Malik and ran towards him. He caught hold of Malik and pulled him onto the platform before he could slip into the gap between the platform and the train.

Cops counselled Malik about the dangers of detraining running trains.

While Malik thanked Rao, the saviour took a promise from the former that he would never board or deboard a running train.

A few days ago, in a similar incident, a Railway Telecom Engineer, Tapas Ranjan Barik, had saved the life of an elderly lady passenger, who had tried to deboard from a running train at Cuttack Railway Station.

Meanwhile, the East Coast Railway (ECoR) once again appealed to all rail passengers to be very careful while entraining or detraining trains.

“Under no circumstance should we board or deboard a running train,” said an ECoR communiqué. 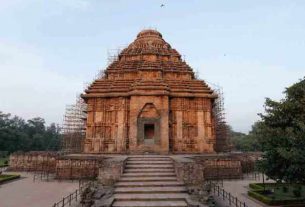 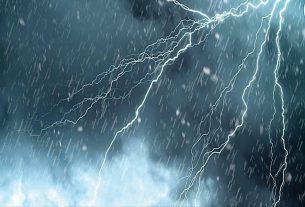