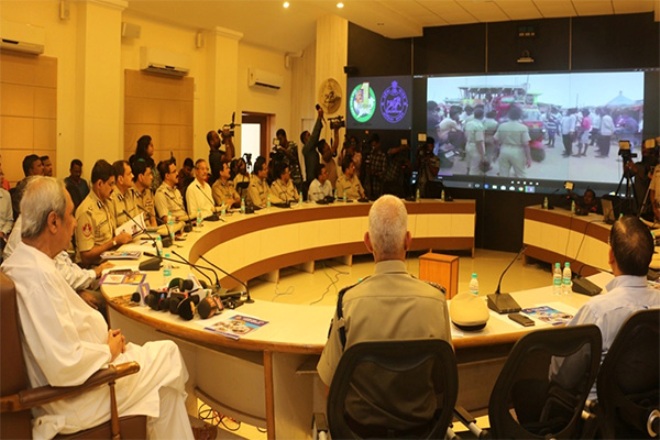 Bhubaneswar: Chief Minister Naveen Patnaik on Tuesday watched a special screening of a short documentary on the response of the Odisha police to people in all the three phases of cyclone Fani disaster management that include pre, during and post cyclone period at the State Secretariat here.

The documentary prepared by the State police tells how the police personnel help people at the time of difficulty. The Chief Minister also released a short documentary film and a report titled ‘Police Response to Fani-2019.’

On the occasion, the Chief Minister lauded the outstandingwork undertaken by the Odisha police for helping people in all the three phases of cyclone Fani disaster management that include pre, during and post cyclone period.

The extremely severe cyclone ‘Fani’ made a landfall near Puri town on May 3 leaving behind a trail of devastation and damages. The cyclone directly affected more than 1.5 crore people of 14 coastal and adjoining districts of Odisha. At this hour of crisis, Odisha Police came forward and stood solidly with the affected people.

Police played a vital role before, during and after the cyclone. At least 24 hours before the cyclone hit the Odisha coast near Puri, police undertook massive awareness exercise among the public by using loud speaker, mega phones, ensured massive evacuation exercise where around 1.3 million people were evacuated to designated multipurpose shelter homes.

Police also played a crucial role in the management of law and order, road clearance, distribution of relief, in the restoration work and provided drinking water, first-aid and medical services to the affected people on war footing during this crisis.

An emergency Police Control Room was set-up at SAP Headquarters, Bhubaneswar for vertical and horizontal co-ordination with the districts as well as other line departments where Director General of Police (DGP) Dr RP Sharma personally co-ordinated the activities from the control room.

Odisha police also exhibited its humane face during post cyclone, under the banner ‘KARUNA’ where cooked food were distributed to more than one lakh people in different locations of Puri district.

The short film and report has been prepared to document such good work done by police.

“The good work done and the practices adopted can serve as a reference for the future during any such calamity. The document and short film will certainly be very useful and it will also act as a guide for the police officer in the days ahead,” said DGP Sharma. 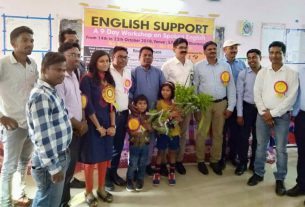 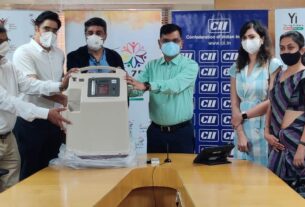