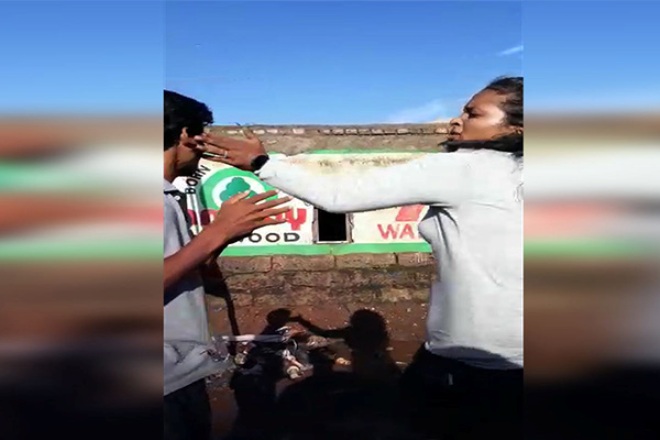 Bhubaneswar: Setting an example for women everywhere, a girl on Sunday thrashed her molesters and forced them to do sit-ups in Odisha’s capital Bhubaneswar city.

The incident took place at GGP Colony in Jagannath Nagar area under Laxmisagar police station. The entire incident was caught on camera has gone viral in social media.

As per reports, Babina Mahalik was riding a scooter in Jagannath Nagar area at around 11 am on Sunday, when two bike-borne youth started following her on a bike and kept on passing lewd comments at her. The duo followed her even the girl changed her route frequently.

Knowing their intention, the girl managed them to follow her to a market place and intentionally hit her scooter with their bike. As they fell off, she started slapping the girls and forced them to do sit-ups in public.

It can be seen in the video that the two accused apologised to the girl with folded hands. However, the girl did not report the matter to the police considering the future of the two young boys.

“They followed me for nearly ten minutes and passed objectionable comments. This continued even after I changed my route. Then I wanted to teach them a lesson. I managed them to follow me to a rush area. And I hit their bike. Soon after they fell off, I went on kicking and slapping the duo. I also forced them do sit-up for their act the eve-teasers will never forget,” said Mahalik. 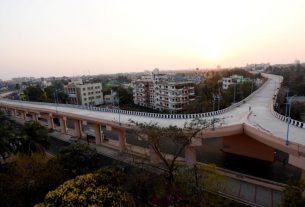 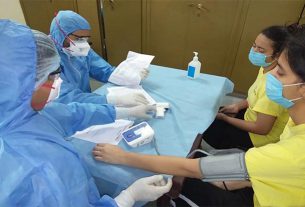 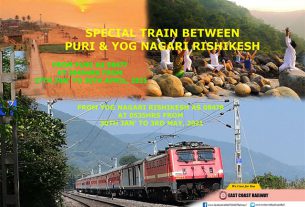