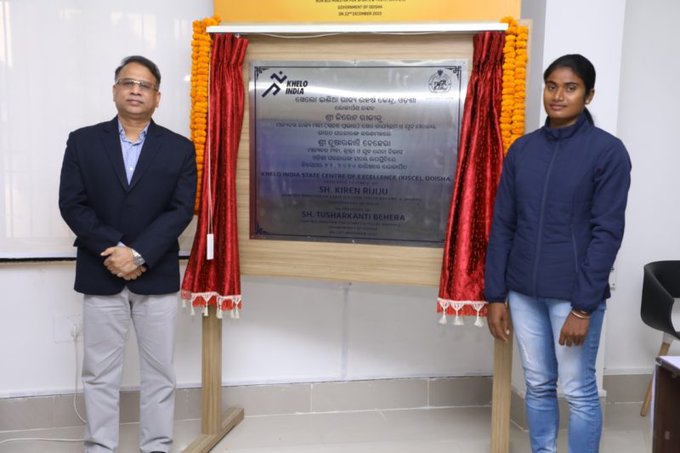 Bhubaneswar, December 22: Union Minister of Sports & Youth Affairs Kiren Rijiju virtually inaugurated at least eight Khelo India State Centres of Excellence (KISCEs) across the country in the presence of concerned State Ministers on Tuesday, including one in Odisha’s Bhubaneswar.

The States include Manipur, Arunachal Pradesh, Mizoram, Kerala, Telangana, Nagaland, Karnataka and Odisha.
Central Minister Rijiju and State Sports & Youth Services Minister Tusharkanti Behera, jointly unveiled the foundation stone at the Kalinga Stadium virtually here.
The KISCE has total area of 66 acres. It will focus on three disciplines – Hockey, Weightlifting and Athletics.
Sports & Youth Services Secretary Vishal Kumar Dev and Director R. Vineel Krishna were also present from Odisha during the event along with athelete Purnima Hembrum.
“This is a very important day for sports in India and it is a very important beginning to develop sports culture and excellence in the country. The Khelo India State Centres of Excellence are being started in addition to the National Centres of Excellence,” said Rijiju.
The Union Minister reiterated the vision is to see India in top 10 in the Los Angeles Olympics 2028.
“The Central and State Governments has to work together and we will provide all necessary financial assistance so they develop with proper infrastructure and manpower, sports science, high quality training and so on. We cannot be satisfied with only 1-2 medals, we have to be in top 10 in 2028 Olympics,” added the Union Minister.

With a vision to make India one of the top 10 countries in 2028 Olympics, the Khelo India State Centres of Excellence will ensure that athletes proficient in a certain sport can be given the world-class specialised training and these centers become the best facilities in the country to train athletes in the priority sport for which they have been earmarked. 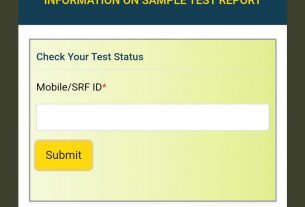 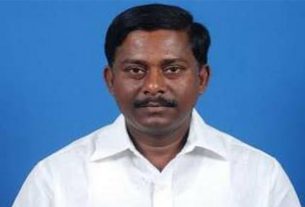 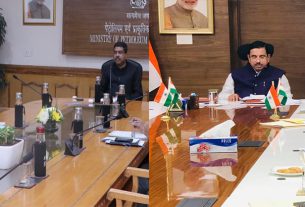