Skip to content
Rourkela: The Steel Authority of India Limited’s (SAIL) thrust on marketing resulted in a sales growth of 15 per cent in Q-2 of FY’14 with total steel sales reaching 3.015 million tonnes, as against 2.616 million tonnes in the corresponding quarter of last year. 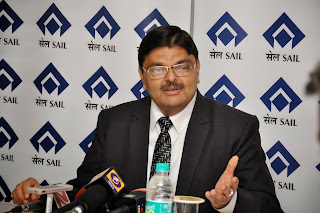 Notwithstanding the market slowdown and almost flat steel consumption in the country, the sales turnover of the company at Rs 12,802 crores was up 7% in Q-2 of FY’14. The growth in sales turnover would have been higher but for the subdued market conditions which resulted in a decline of 6% in the net sales realisation (NSR) in the July-Sept’13 quarter.
The 2nd quarter production in the current fiscal at 3.26 million tonnes of saleable steel by SAIL was up 3 per cent over CPLY. Production of value added steel in Q-2 at 1.33MT, recorded a y-o-y growth of 4 per cent.
The unaudited financial results of Steel Authority of India Limited (SAIL) for the quarter July-Sept ’13 were taken on record by its Board of Directors today. The company recorded Profit After Tax (PAT) of Rs. 1180 crores in Q2 of FY14, up 117 per cent compared to Rs 543 crores in CPLY.
For the half year of the current fiscal, SAIL recorded Rs 1631 crores of Profit After Tax, which was 32% higher than the corresponding period of previous year. In an effort to reduce costs, the company achieved a reduction in its average rate of borrowing which was down to 5.84 per cent in April-sept’13 compared to 6.14 per cent in CPLY.
During the half-year, net worth of the company increased to Rs 42,657 crores as on 30.9.13 compared to Rs 41,025 crores as on 31.3.13.
Chairman, SAIL CS Verma said, “The growth trend in our sales augurs well as we are about to tap the benefits of enhanced production with the country’s largest BF, slab caster and other facilities ramping up fast, at RSP. We, at SAIL, are set to supply higher quantums of steel to meet the country’s growing demand for quality steel.” 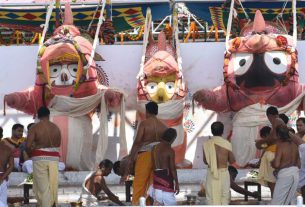