Bhubaneswar:
Union Home Minister Sushil Kumar Shinde on Sunday said that the National
Disaster Response Fund (NDRF) have granted an aid of Rs 915 crore to Odisha for
post cyclone Phailin reconstruction.
The
Union Minister announced this at the 9th Raising Day function of NDRF at
Munduli.
“Three
days back the NDRF’s high level committee, in which I am also a member, decided
to sanction an assistance of Rs 915 crore to Odisha,” said Shinde.
Shinde
lauded the relief and rescue operation undertaken by the State Government during
cyclone Phailin which hit the Odisha coast on October 12 last. 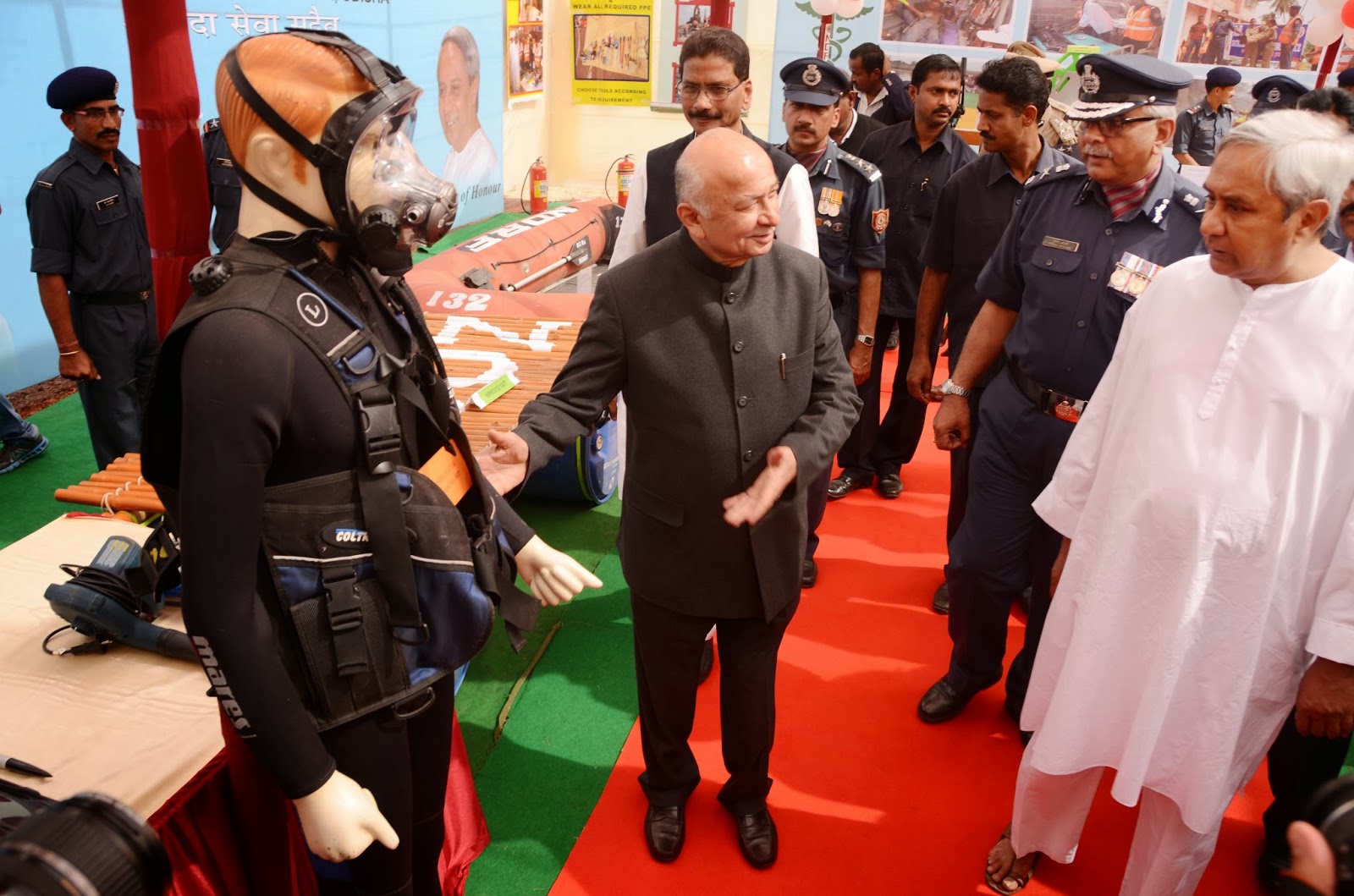 “Country
like Japan, who fought badly to come
out of the Tsunami and Fukushima nuclear plant disaster, has
praised the evacuation work in Odisha, the largest ever done in India,” said Shinde.
Describing
the NDRF and State Disaster Rapid Action Force (ODRAF) as a unique combination
of Civil Defense Force, the Union Home Minister said better coordination
between center and the state administration and machineries had saved hundreds
of lives in Odisha and other parts of the country during natural calamities.
Sensing
the vital role of this unique force the Home Minister informed that two more
NDRF Battalions would be raised in Uttarakhand and in North East region very
soon.
The
Union Minister too assured that a National Award for Disaster Mitigation will
be instituted in order to raise the morals of civil defence forces in the country.
On
the occasion, Shinde told media persons that, he would soon write letters to
all  Chief Ministers advising them to
scrutinize expeditiously the cases pending
against youths of  various
minority communities  languishing in jail
for more  than  5-10 years.
Addressing
the function Chief Minister Naveen Patnaik lauded the work done by NDRF and
ODRAF during cyclone Phailin and urged Shinde to enhance the technical
capability of NDRF by more capacity building.
NDMA
vice chairman M Sashidhar Reddy, NDRF DG Krishna Choudhury also spoke.
Eleven
NDRF personnel were felicitated for their significant contribution towards
disaster mitigations on the ocassion.