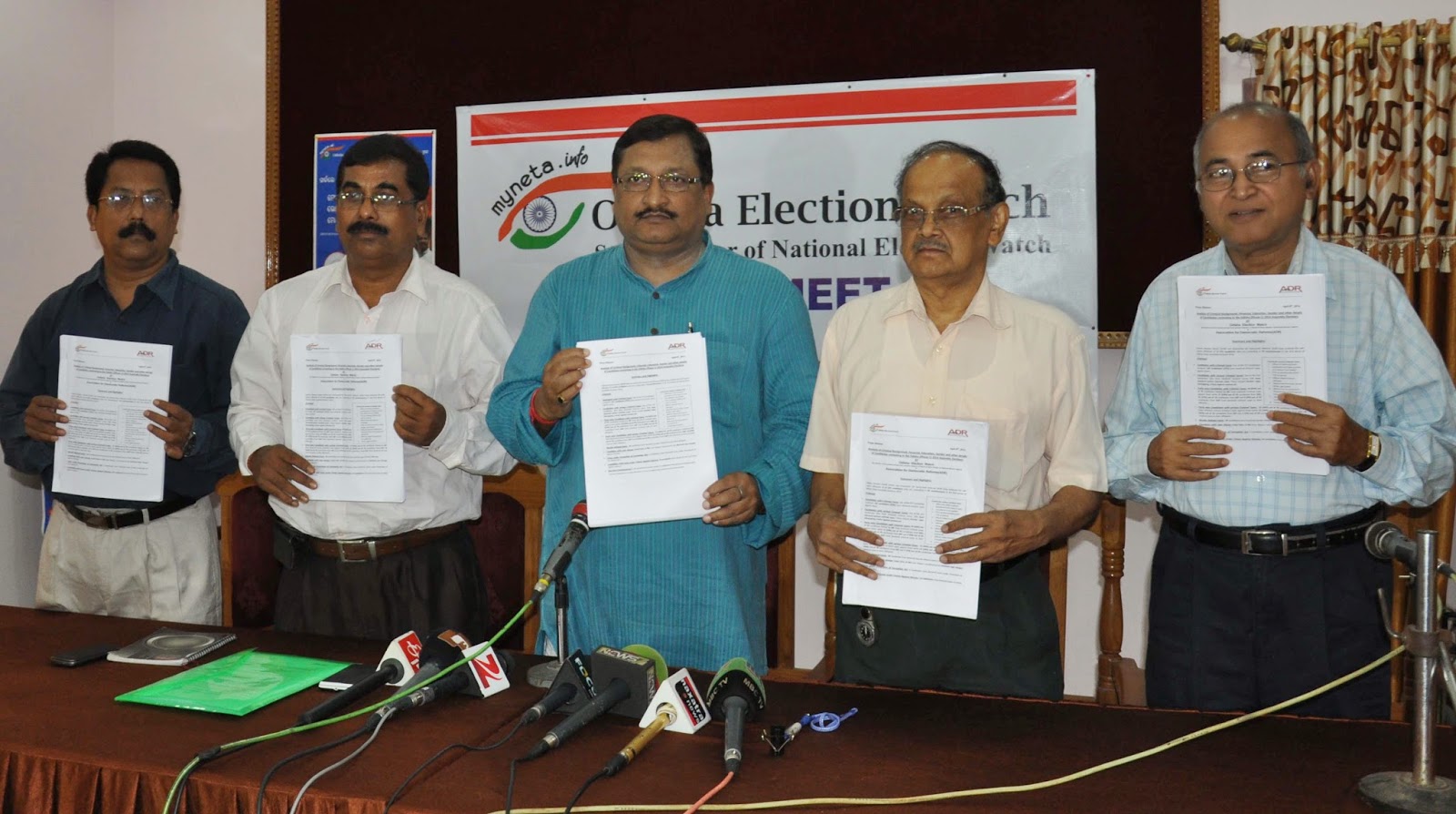 Bhubaneswar:
Twenty two per cent of candidates contesting the first phase Assembly elections
in 70 Assembly constituencies on Congress, BJP, BJD and AAP tickets due on
April 10 have criminal cases against them, according to an analysis of
candidates’ affidavits released by watchdog Association for Democratic Reforms
(ADR) and Odisha Election Watch (OEW).
Out
of the total 673 candidates in the fray 147 (22 per cent) of them have criminal
cases, including serious charges like murder, rape, pending against them.
The
association have analysed the self sworn affidavits of the candidates with the
help of OEW.
The
report stated that 44 (63 per cent) out of 70 candidates of the Congress, 17 (24
per cent) out of 70 from BJD, 26 37 (per cent) out of 70 from BJP and four (9
per cent) out of 43 candidates of Aam Aadmi Party (AAP) have declared criminal
cases in their affidavits while 31 (44 per cent) of the Congress candidates, 13
(19 per cent) of the BJP, 23 (33 per cent) of the BJP and three (seven per cent)
of the AAP have serious criminal cases pending against them.
While
Subal Sahu of the Congress in the Bijepur constituency has rape charge pending
against him, four candidates face cases against them under the Prevention of
Corruption Act, 16 have cases of crimes against women and 26 candidates have
murder-related cases, the OEW report stated.
According
to an analysis report which was released by the Odisha Election Watch (OEW) and
the Association for Democratic Reforms (ADR) here at a Press conference on
Sunday, of the 673 candidates, 103 are crorepaties.
OEW coordinator Ranjan Kumar mohanty and Sahadev Sahoo addressed the Press conference.