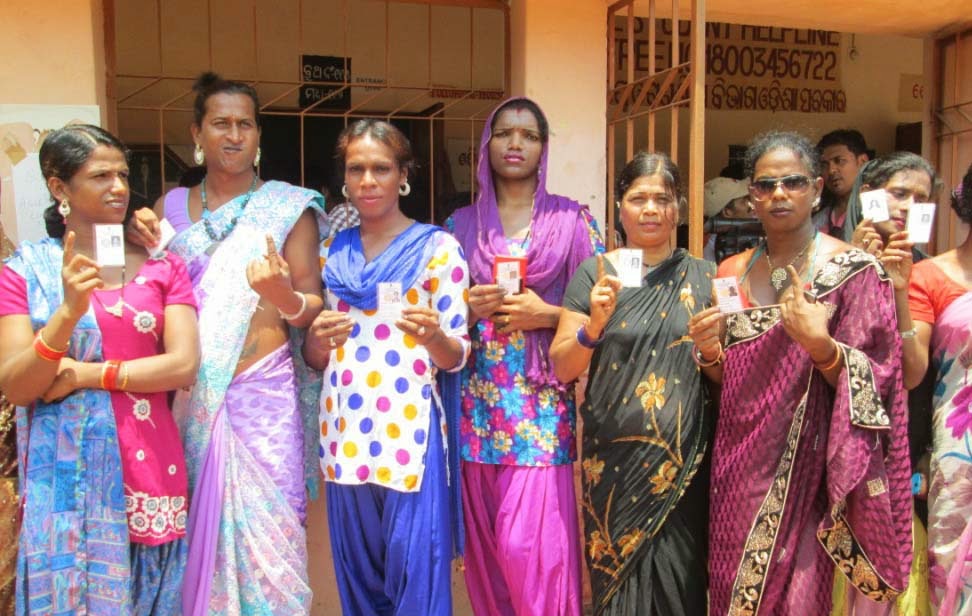 Bhubaneswar: Nearly 1,300
eunuchs residing here near Vani Vihar exercised their franchises in the Lok
Sabha and Assembly elections held on Thursday in Odisha. The Election
Commission of India (ECI) had provided them voter identity cards in the ‘Others’
category two years ago.
The eunuchs had cast
their votes in the recently concluded Bhubaneswar Municipal Corporation
elections recently and for the first time they exercised their franchises in the
general elections,country’s biggest ever democratic exercise.
These eunuchs under the
aegis of All Orissa Eunuch Association came to the polling booth at Saheed
Nagar Primary School and cast their votes.
“After a long fight we
get justice. Finally we exercise our democratic right. And nobody will underestimate
us since the Supreme Court has recognised us as third gender recently,” said an
elated Mamata Gharana Welfare Trust secretary Madhuri Kinnar after casting the vote.
Association president
Pratap Sahoo, Kajal Kinnar, Malli, Golapi among many were present during the
polling.