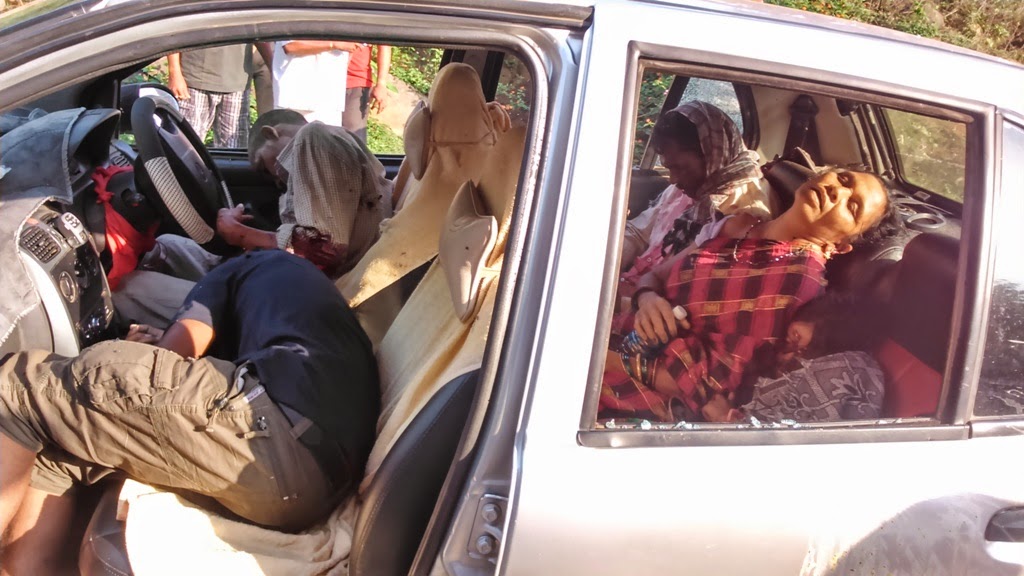 Koraput: A District Voluntary
Force (DVF) constable shot himself after gunning down five persons including
four of his close relatives at the Mining Colony here in Koraput district in
Odisha on Tuesday morning.
The DVF constable
Narendra Kandapan shot dead his father-in-law Jalanfhar Samarila, mother-in-law
Hemalata Samrila, brother-in-law Mithun Samarila, sister-in-law Rachana
Samarila and driver Ekadasi baidya in a fit of rage and later shot himself.
“Narendra committed
suicide by shooting himself after gunning down his relatives by his service
revolver,” said Inspector General of Police (south-western range) Yashwant
Jethwa, adding that the incident could be the fallout of a family dispute.
Meanwhile, police
intensified the investigation to ascertain the exact reason.
Sources said that,
Narendra had a dispute with his wife Jyotrimayee. On Monday, he attacked his
wife with an iron rod causing injury in her leg.
With fear she informed her parents who reside at Kakiriguma to come to her
house to reconcile the couple.
After getting the call,
Jyotrimayee’s father, mother, brother and niece came to Narendra’s house in a Tata
Indica at 12.15 am on Tuesday. When the vehicle reached, Narendra suddenly went
near to the car and fired several rounds of bullets from his AK 47 rifle resulting
in spot death of the four and the car driver. Later he went about 100-200
metres and gunned down self.