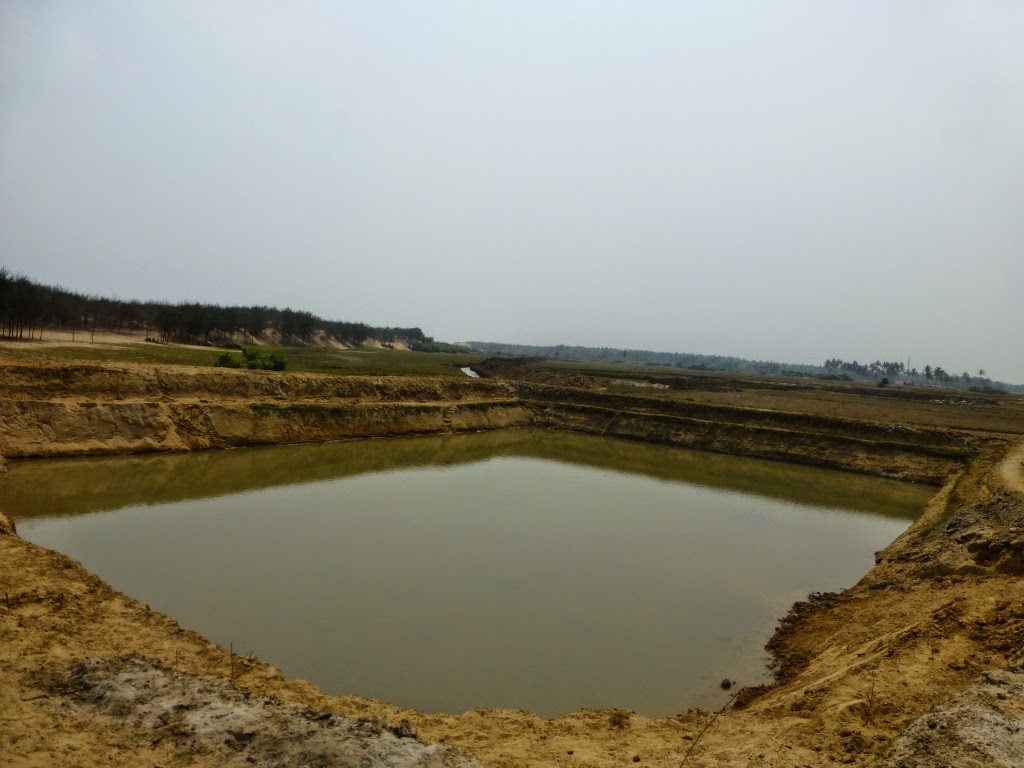 Astaranga (Puri): Setting
an example for others the women members of 32 households of Dalit populated Udayakani
village have dug two ponds in the village solving the longstanding water crisis
issue.
Being severely affected
by the cyclone Phailin and its subsequent flood, the women members of the
village took charge to resolve the demand of water in their village with the
help of ActionAid, Yong India and European Commission on Humanitarian Aid and
Civil Protection (ECHO).
The villagers of
Udayakani have been displaced three times since 1956 as the houses and
agricultural lands have been submerged by the sea.
“As cyclone Phailin and
subsequent flood caused a trail of damage and destruction to lives and
properties of the village, the people were in urgent need of income source to
meet daily basic needs for their families. Also, not a single work under
MGNREGA was started in the village since the Act is operational. So, it was
difficult for the villagers to sustain their lives. We decided to start wage
based programme Cash for Work in the village and European Commission on
Humanitarian Aid and Civil Protection (ECHO) has provided all financial support
for this activity,” said Yong India president and social activist NA Shah
Ansari.
Water has already
started accumulating in both the two ponds and the villagers have already
started using it for bathing and other sanitary purpose, said Ansari.
“Now we are happy that
we can have our daily bath and that is in our village. The support we received
from these organisations has definitely added values and dignity to our
community,” said Village Disaster Response Committee president Tarulata Kandi.