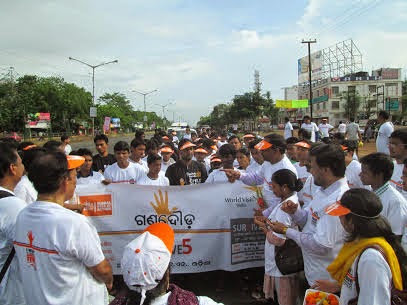 Bhubaneswar: Around 500
people from different walks of life on Monday participated in a mini marathon here
organized by Child Health Now (CHN), Odisha to mark the Global Week of
Action-Survive5.
Bhubaneswar Municipal
Corporation Mayor Ananta Narayan Jena flagged off the marathon at Rupali square
which ended at IG Park.
The race was organsied
with an aim to inspire the participants to make the society aware to help and
support the cause of Survive5. 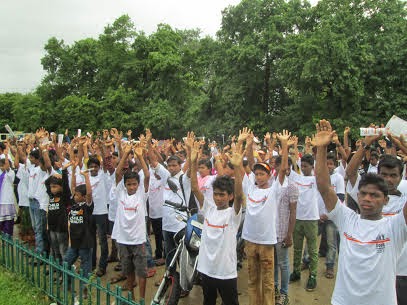 A child’s fifth
birthday, in particular, is a milestone. But it is a milestone that more than
6.6million children every year do not live to see. Two million will die on the
day they are born. Four million won’t make it to their first birthday. And most
disturbing of all is that these are just the children we know about. There are
countless children around the world, the poorest and most vulnerable, who die
unseen, unregistered, and unable to access the kind of health services that
could save their lives.
Among others,  Priyadarsi Mishra MLA, Bhubaneswar (North),
Tushar Kanti Ray, Gouranga Mohapatra Convener, CHN Odisha, Newton Ijac Director
CHN, India, Bijayalaxmi Rautaray Secretary Sahayog, Dharmendra Nayak World
Vision, Blorin Mohanty Secretary BGVS, Bikram Swain Social Activist, Sadasib
Swain Secretary CCWD participated in the event.