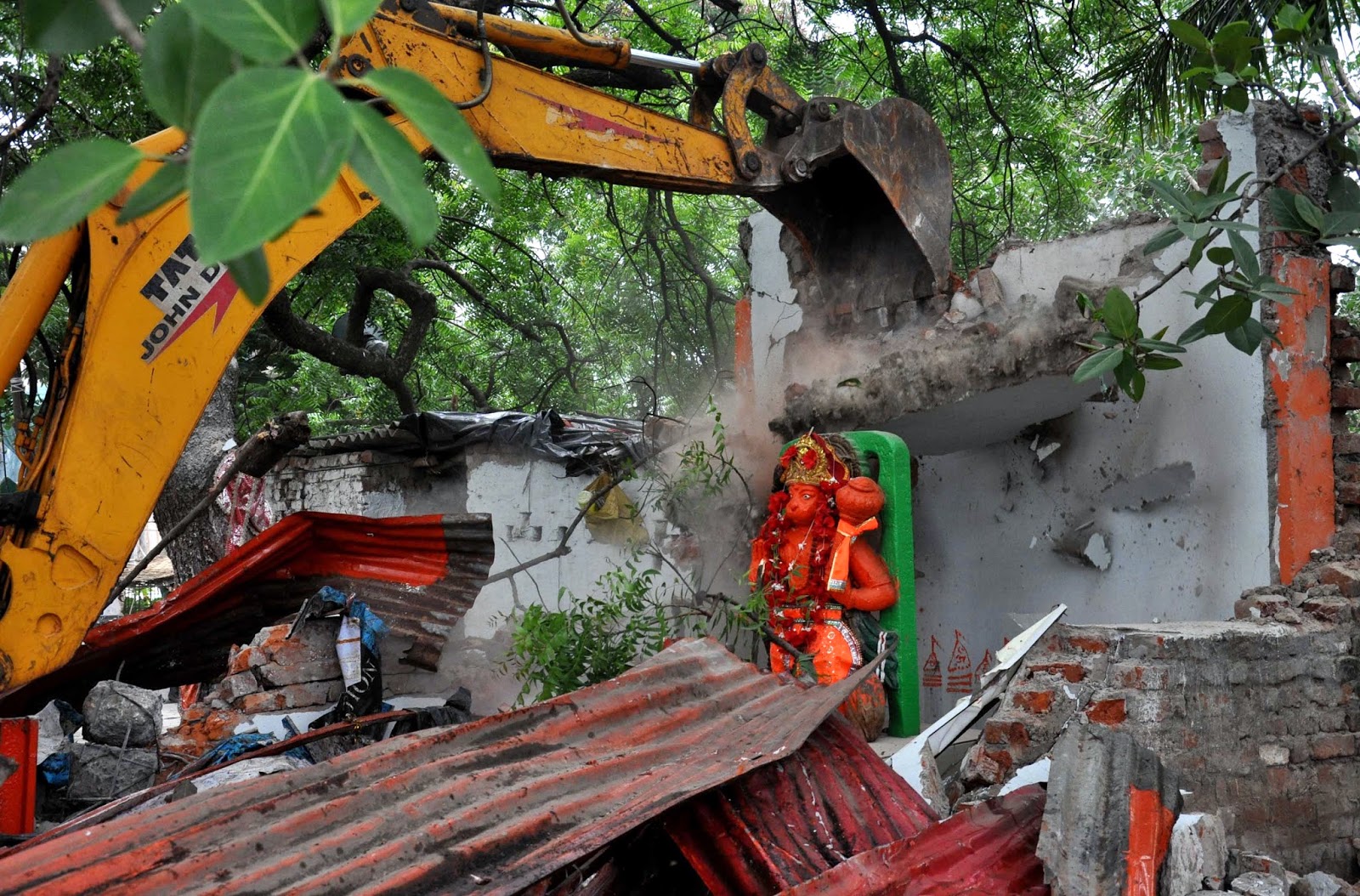 Bhubaneswar: The joint
team of Bhubaneswar Municipal Corporation (BMC), Bhubaneswar Development
Authority (BDA), General Administration Department and East Coast Railways
officials on Saturday demolished two temples, a hotel and many shanties paving
the way for the expansion of the platform under integrated development plan.
“We cleared the
encroachments on two routes starting from the booking counter of the station to
Ashoka Market and Lalchand Jewelers for the execution of Bhubaneswar platform
development plan. Two temples, including a Jagannath Akhandalamani temple and a
hotel were demolished. As the cases of other three hotels and four temples
falling on the routes are subjudice, follow up action will be taken
accordingly,” said BDA enforcement officer Deba Prasad Dash.
“Three towers will be
formed as part of intergrted development project. Hence, it was very necessary
to demolish the illegal structures,” said ECoR Assistant Divisional Engineer AS
Goud.
Sources said a hotel
and a multi-level parking building, besides construction of four more platforms
will be undertaken soon at the station.
Meanwhile, the State
Government appointed BDA enforcement officer Deba Prasad Dash as the nodal
officer for joint enforcement team which will undertake regular eviction drive
for the smooth execution of platform development plan.
Nearly 150 vendors will
be affected due to the eviction. Three platoons of police were deployed for the
smooth conduct of the eviction drive.