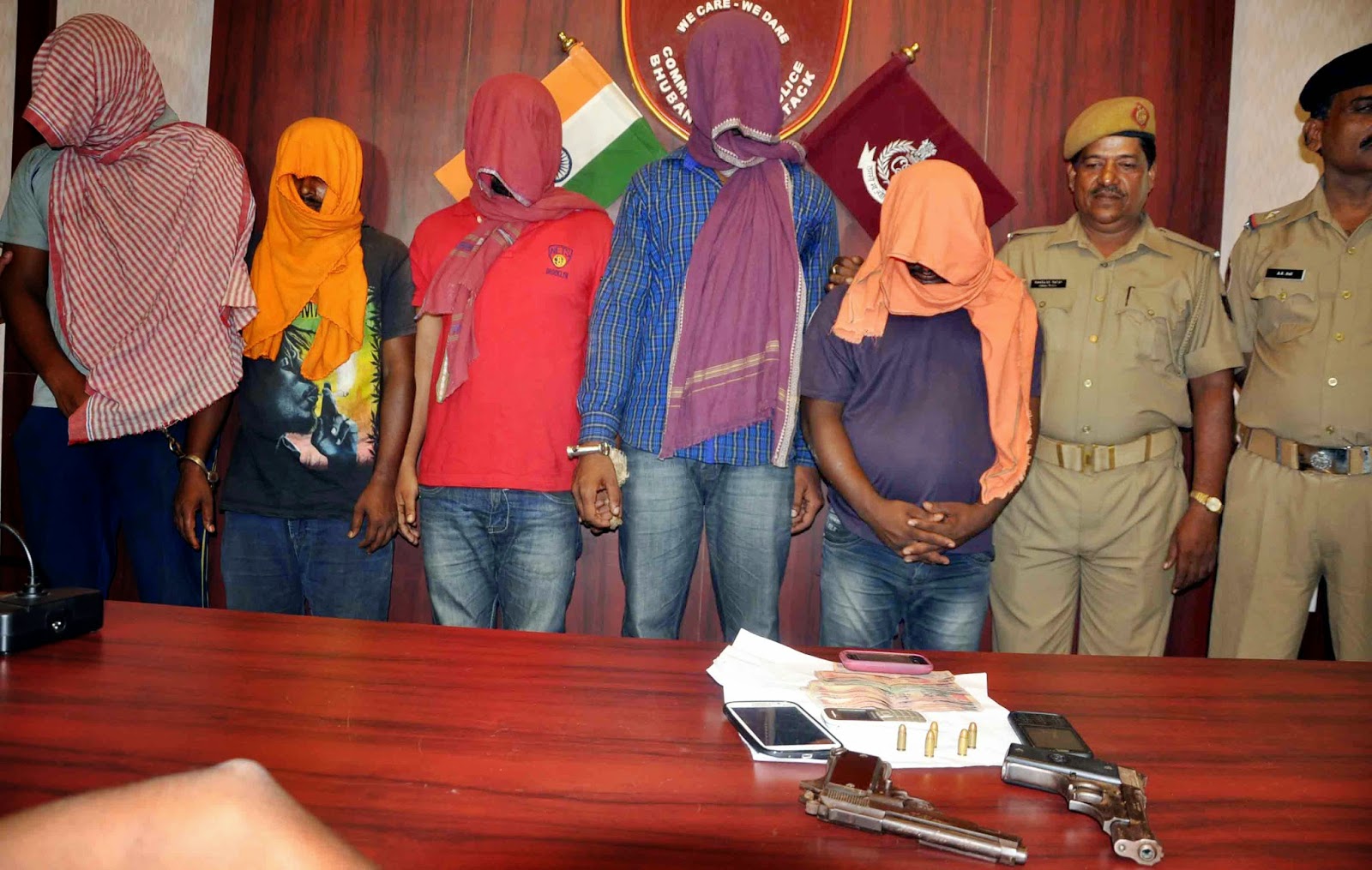 Bhubaneswar: The
Commissionerate Police late on Thursday night arrested five dacoits, including
a student in Chakeiciani area under Mancheswar police station while they were
planning for committing loot.
Acting on a tipoff the Special
Squad of the Commissionerate Police along with the Mancheswar police raided an
isolated place in Chakeiciani area and nabbed gang leader Suryakant Mohapatra
(27), a driver by profession and a resident of Jatni and currently staying at
Jail Road in Laxmisagar, Trinath Behera (27) working as a bouncer at the Inox
Cinema hall in the city and a resident of Haladipadia slum in Laxmisagar area, Saroj
Kumar Moharana alias Siba working in a bar in Jatni and resident of Kudiari in
Jatni area, Subhas Santosh Rout alias Rocky (22), a student of a technical
institute near Jayadev Vihar area and Goutam Mandal (27) of Kudiari area.
Two pistols, four Bajaz
Pulsar motorcycles, some live cartridges and a cash of around Rs 5500 were
seized from their possession.
“They all were planning
to commit loot in house. They were booked under different Sections on IPC and
Arms Act,” Commissioner of Police Dr Rajendra Prasad Sharma told mediapersons
here.
Police are
interrogating them to ascertain whether they have any criminal antecedents.