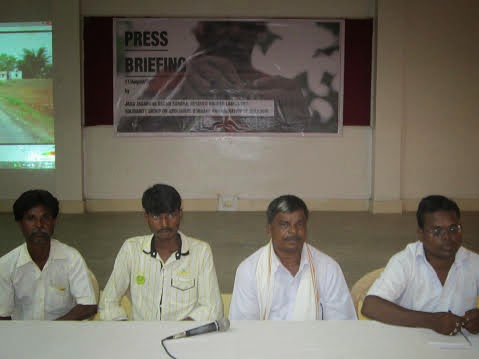 Bhubaneswar: Coming
down heavily on the Odisha Government for not extending supports to rescued
bonded labourers, Jana Jagarana Dadan Sangha (JJDS) on Monday demanded that the
State Government immediately rehabilitate and compensate 239 bonded migrant labourers
who were rescued from different brick kilns in Andhra Pradesh, Tamil Nadu and Karnataka
two years back as per as per provisions of the Bonded Labour Act, 1976.
“Despite a Government
declaration and subsequent order from the National Human Rights Commission
(NHRC) on immediate rehabilitation of all rescued bonded and migrant labourers
from different worksites in states like Telangana, Andhra Pradesh, Tamil Nadu,
Karnataka, etc, there does not seem to be any efforts at expediting the
rehabilitation efforts for these 239 rescued bonded labourers of Balangir and
Bargarh districts,” alleged president of JJDS Bhakta Bag.
He also lamented that however
neither the brick kiln owner has been arrested on criminal charges nor the
bonded labourers have got their pending wages and rehabilitated by the
Government. This denial of all justice and rights is forcing many to return to
the brick kilns for another season of bondage and migration, he alleged.
It may be noted that as
per provisions of the Bonded Labour Act, 1976, rehabilitation package for a
rescued bonded labourer includes an amount of Rs 20,000 and linkage to
different social and welfare entitlements of the Government. JJDS has also been
demanding that the rehabilitation package should also include land for
agriculture, work under NREGS and forestland settlement rights. But neither Rs
20,000 nor any other rehabilitation supports have been provided by the Odisha
Government to the 239 rescued labourers.