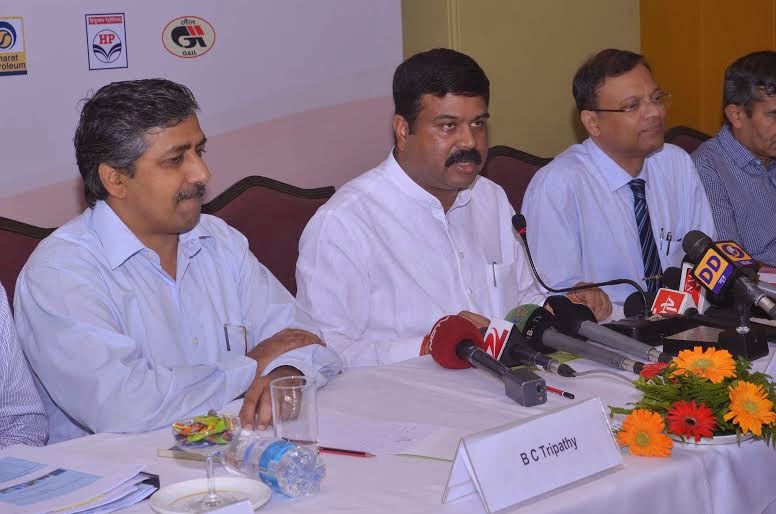 Bhubaneswar, Sep 12: Union Petroleum and Natural Gas Minister Dharmendra
Pradhan on Friday said that Odisha will receive about Rs 1 lakh crore worth of
investment in coming five years in petrochemicals, oil and gas
pipelines, LNG and LPG terminals, strategic oil reserve, etc. The Ministry has already
invested Rs Rs 34,000 crore for the Paradip Refinery project.
“Odisha will be one of the few states which will have gas from three
sources- imported LNG, domestic natural gas and Coal Bed Methane (CBM). All
these steps shall make Odisha the ‘Energy Gateway’ for Eastern India,” said the
Union Minister after meeting with the Chief Minister Naveen Patnaik at the Secretariat.
The Union Minister further stated that these projects will change the
Industrial landscape of Odisha and will generate employment opportunity for more
than 50,000 youth of the state.
“The Ministry of Petroleum & Natural Gas is also setting up
Hydrocarbon Skill Sector Council which, inter alia, will develop skill and
entrepreneurship of youth in trades specific to P&NG sector. One of the
Regional Centers for development of skill and entrepreneurship will be set up
in Odisha, which will cater to the skill needs of the youth of Odisha and the
other states of the Eastern region,” the Minister Stated.
The Minister sought the cooperation of the State Government in
facilitation of land acquisition, environment and forest clearances, law and
order and other statutory approvals for smooth implementation of the projects.
All these initiatives will boost economic development of Odisha significantly.
Pradhan offered to extend all possible support on behalf of the
Government of India for the successful celebration of Nabakalebara in 2015. He
also stated that the tourist amenities at the Konark Sun Temple Complex,
developed by IndianOil Foundation, will be completed before the Nabakalebara.

Minor girl raped by priest in temple in Odisha