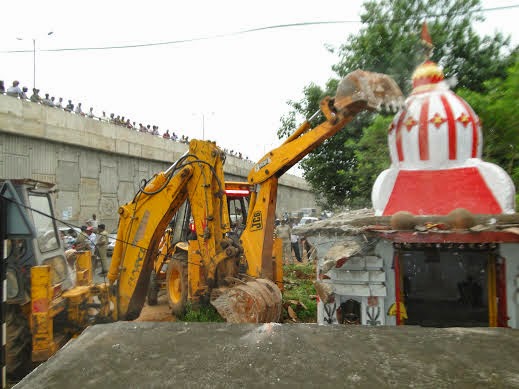 Bhubaneswar, Sep 25: Continuing its eviction drive spree, the enforcement squad of
Bhubaneswar Development Authority (BDA), Bhubaneswar Municipal Corporation
(BMC) and General Administration department together cleared about 2km road by
demolishing around 30 street vendors, 11 temporary garages and 15 cabins and a
Mangala Temple in front of OCCAC between Jayadev square to Vani vihar square
along the NH 5.

The eviction drive was
carried out to pave the way for construction of sewerage line and for expansion
of NH-5. 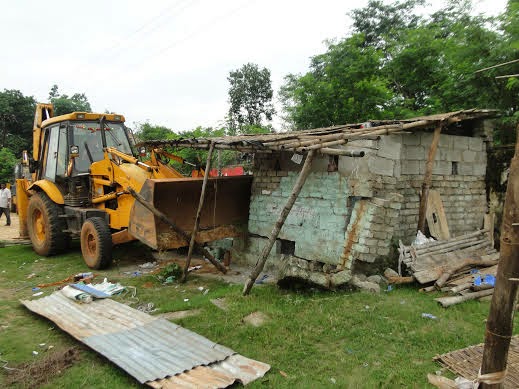 However, the squad
could not demolish various shanties built by some dwellers adjacent to the
Utkal University boundary wall due to stiff opposition of the dwellers.
The enforcement also
could not able to evict an Omfed booth as the booth owner showed the status quo
order of the High Court.

BDA Enforcement Officer
Debaprasad Dash supervised the demolition drive while two platoons of police
force and one section of women APR force were deployed to avoid any untoward
incident.