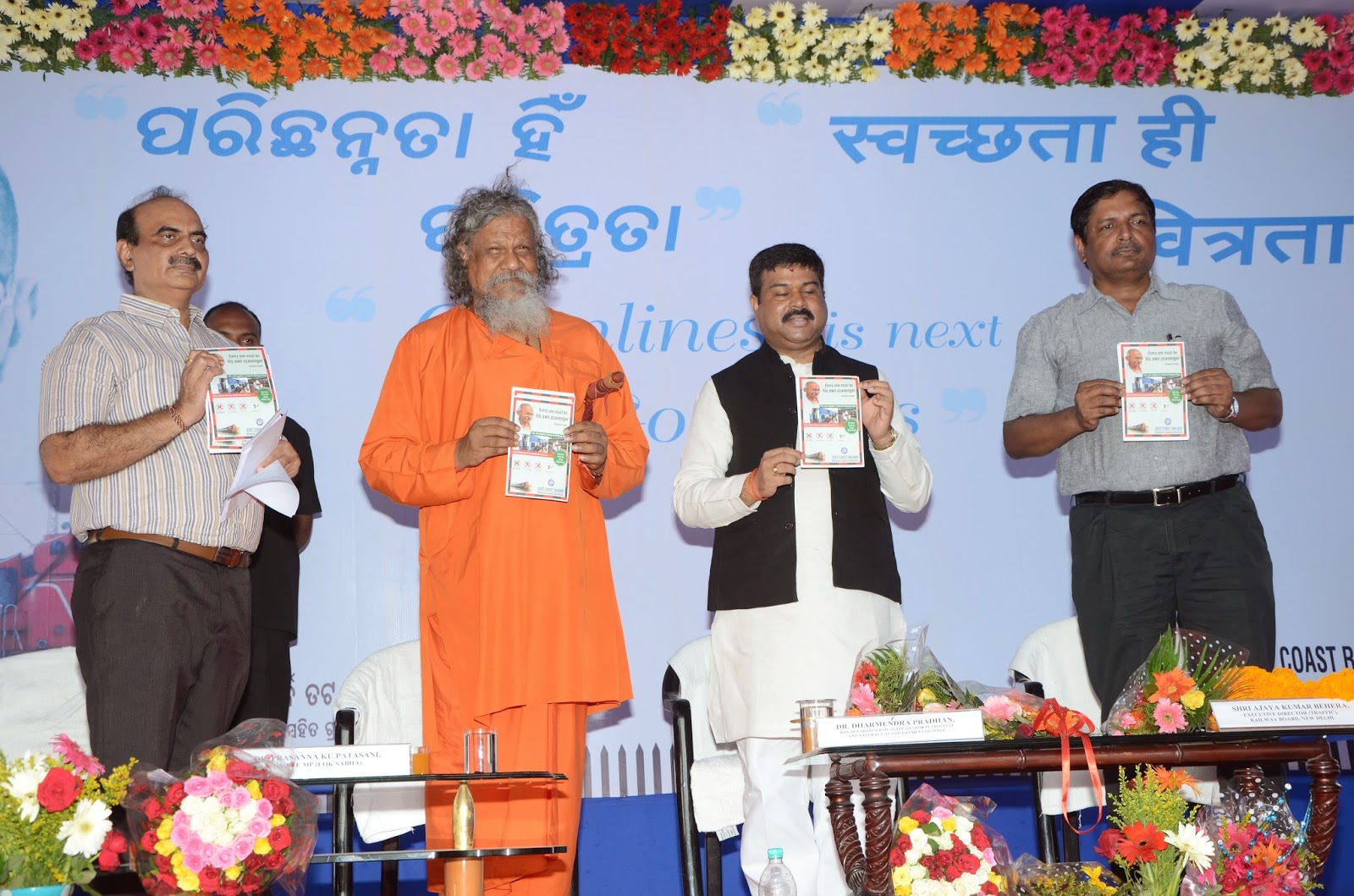 Bhubaneswar, October 2: In a
significant move towards fulfilling Prime Minister Narendra Modi’s commitment
towards providing hygienic sanitation facilities for girl students, the Gas
Authority of India Limited (GAIL) will contract 1,021 bio-toilets across the
country out of which 375 such toilets will be erected in Odisha under Swachh
Bharat- Swachh Vidyalaya Scheme.
The first such bio-toilet
will be installed at the Sishupalgarh Central Primary School in the outskirts
of Bhubaneswar. Union Petroleum and Natural Gas Minister Dharmendra Pradhan
launched the scheme by laying foundation stone for a modern bio-toilet facility
at the school on Thursday.
“GAIL will undertake
the girls’ toilet project under its CSR programmes, entailing an expenditure of
Rs 27 crore.  With today’s launch, the
construction work has kicked off at four districts-Khordha (243 toilets) and
Nayagarh (132) districts in the State, East Godavari (336) in Andhra Pradesh
and Jhabua (310) in Madhya Pradesh. In total, 1021 toilets will be constructed
across India,” the Union Minister said.
“Lack of hygienic
sanitation facilities in schools had been a major cause of embarrassment for
the girl students. As a consequence, they leave school at an early age than
boys,” said the Union Minister.
Stating that the Prime
Minister has set a target of providing separate toilets for girls by August 15
next year at all schools, the Union Minister said the initiative being
undertaken by the GAIL will help in covering the long felt gap in hygiene
infrastructure in schools as well as contribute to the Swachh Bharat Abhiyan in
its own way.
Besides, the Union
Minister stated that Sishupalgarh would be made an ideal village.
GAIL
Chairman-cum-Managing Director BC Tripathi said, “GAIL (India) Limited is
committed to improve the hygienic sanitation facilities for girls in schools as
a responsible corporate citizen of the country.”
The Union Minister too
felicitated some senior citizens on the occasion.