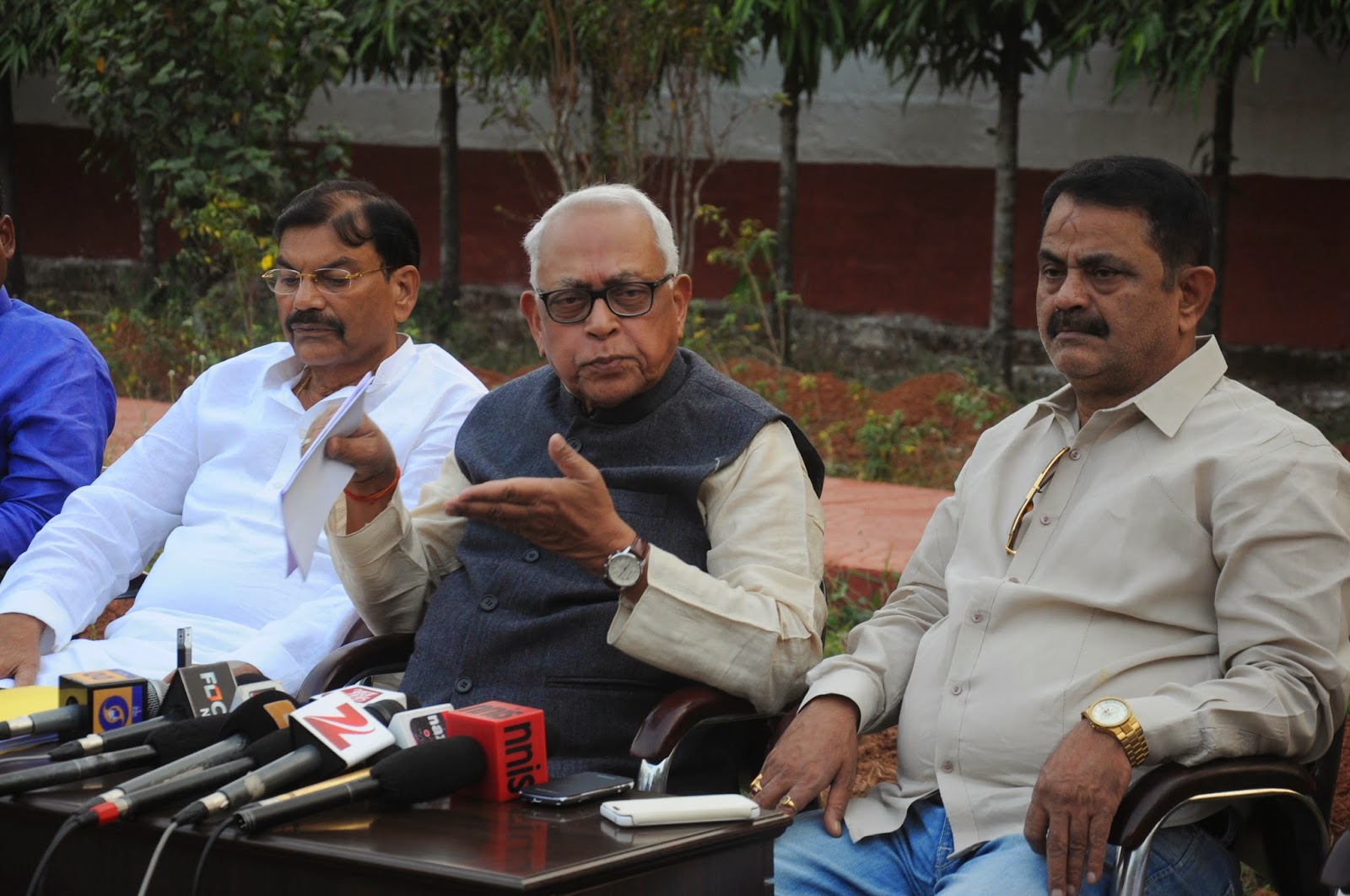 Bhubaneswar, November
23: Leader of Opposition in the Assembly Narasingha Mishra on Sunday said the CBI,
investigating into the mega chit fund scam, should interrogate Patnaik before
he destroys evidences.
Expressing satisfaction
over the ongoing CBI probe in which one ruling BJD MLA and MP has been arrested
and a close aide of Chief Minister Naveen Patnaik has been quizzed, Mishra told
mediapersons that arrests and interrogation made to BJD leaders so far provide
enough evidence to interrogate the Chief Minister.
“The CBI is now at the
doorstep of the Chief Minister as it quizzed his close aide Saroj Kumar Sahoo. Hence,
the Central probe agency should investigate the role of the CM and interrogate
him before he could destroy evidences,” added Mishra.
Terming Patnaik as the
main villain in the chit fund scam episode, Mishra said the Chief Minister who
had expelled many of his leaders and Ministers under the charge of shadow of
corruption and believes in law as he often says that law will take it own
course, must apply the same method on him.
Demanding that senior
Cabinet Minister has already admitted that Seashore Group of Companies had got political
and Government patronage to which the Chief Minister is yet to respond, Mishra
said,
“The Chief Minister is yet to deny the remark of Damodar Rout. That means
the fraudulent company has got Government patronage.”
He also urged the CBI
to record the statement of Rout.
He slammed the Chief
Minister for attending programmes of various chit fund companies particularly
of Seashore Group which instill confidence among common masses to invest their
hard earned money in these companies, despite Central Government and RBI
warnings.
“The State Government
was opposed to a CBI probe and had excluded six companies like Seashore, AT,
Astha and Nava Diganta, which were added by the Supreme Court tells the entire
story,” said Mishra.
These six companies
have political links. Now it was clear that why the State Government had argued
in the apex court to exclude six chit fund firms from CBI probe, added Mishra.