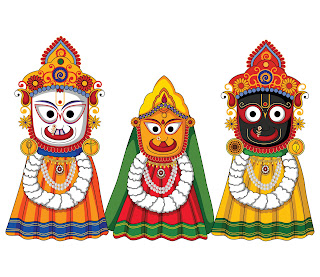 Bhubaneswar, July 1:  Discovery
Channel’s Discover India series will showcase one hour special programme, ‘Spirit of India-RathYatra’ at 9 pm on July
4 (Monday).
The programme will bring to its viewers the annual car festival
(Rath yatra) and the spectacle of how over one and a half million people
congregate for a holy gathering into a single street Grand Road in Puri,
pulling the chariots by hand on a three kilometer journey, all in the honour of
Lord Jagannath and His siblings elder brother Lord Balabhadra and younger their
sister Goddess Subhadra.
Presented by UK born Indian actor Danny Sura, the special
programme will take viewers on a pilgrimage to the temple city Puri, which is
considered one of the four abodes (Char Dham) that every Hindu must visit in
their lifetime.  The programme will
showcase the grand procession of pulling three gigantic chariots, the
interaction with the community whose livelihood is dependent on designing these
chariots and many other famous mythological tales behind its festivities.
The programme will also unravel the pre-celebration activities
which start about two weeks ago and the culmination of the momentous
yatra.