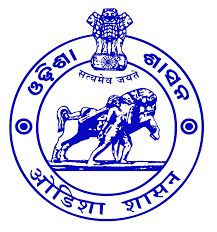 Kandhamal, July 17: The State Government, apparently to
cover up the ghastly incident of civilians killings in an alleged crossfire
between security forces and Maoists on July 8 at Kurtamgada, has initiated a
drive to spearhead development of the tribal dominated Kandhamal district.
Sources said the Government has decided to send four senior
IAS officers in the rank of Principal Secretary to the district to supervise
and spearhead developmental programmes in the district.  Sources added that Principal Secretaries of Health
and Family Welfare Arti Ahuja, Rajesh verma (Energy), Madhusudan Padhi (Rural
Development) and Nalinikanta Pradhan (Works).
According to sources, the officials would supervise the
ongoing projects of their respective departments and ensure that the projects
are completed within the stipulated time.
The move of the Government came after opposition parties
targeted the Government not only for the civilians killings but also for its
failure in ensuring proper road, health care facility and better road
connectivity in the Maoist dominated district.