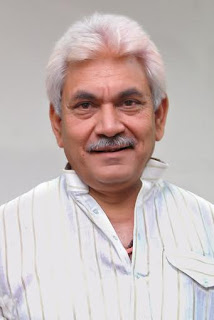 Bhubaneswar, Aug 19: Union Minister of State (MoS)
for Railways Manoj Sinha will visit Puri on Saturday to lay foundation-stone of
the scheme of improvement of the circulating area of the Puri railway station.
The Minister will visit Puri at 3 pm.
Besides, Sinha is expected to review the performance
of the railway and the progress of various infrastructure-related projects,
which are crucial to the industrial development of Odisha and northern Andhra
Pradesh.  He has always laid highest
emphasis on passenger amenities at stations and on-board services on
trains.  He gives importance to local
aspirations and needs of various regions with focus on connecting unconnected
regions, said an East Coast Railway (ECoR) statement.
Sinha had earlier held a review meeting of the ECoR in
December last year. Based on the feedback he received from the ECoR region, a
number of positive policy measures were immediately initiated by the Ministry
of Railways.
Sinha had also visited Odisha again in April this
year and advised for speedy completion of the pending projects like the
Khurda-Balangir line. He had taken special interest and assured that funds
would not be an issue for any railway project in Odisha.
His Friday’s visit assumes significance in the
context of the importance of the East Coast Region for Railways.