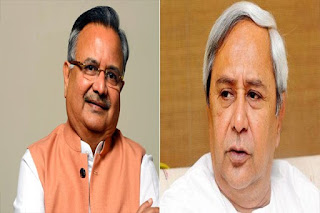 Bhubaneswar, Aug 24: Reiterating that the Central Government
will not do anything that will hamper Odisha’s interests involving Mahanadi
water dispute, Union Water Resources Minister Uma Bharti on Wednesday said a
meeting with the Chief Ministers of Odisha and Chhattisgarh would be held between
September 10 and 20 to settle the dispute amicably.
Bharti told this to reporters in New Delhi after a BJP
delegation from Odisha led by Union Petroleum and Natural Gas Minister
Dharmendra Pradhan called on her.
“Centre will not harm Odisha’s interests. Meeting with Chief
Ministers of both States will be held between September 10 and 20. The issue of
construction of barrages upstream Mahanadi by the Chhattisgarh Government will be
solved on mutually,” said Bharti.
Bharti said a suitable date for the meeting would be fixed only
after the Odisha Chief Minister decides the date between September 10 and 20.
Minister of State for Water Resources Sanjeev Kumar Balyan
was also present. Suresh Pujari, Prthivraj Harichandan, Bhrugu Buxipatra, Manmohan Samal and Sameer Mohanty were part of the delegation.