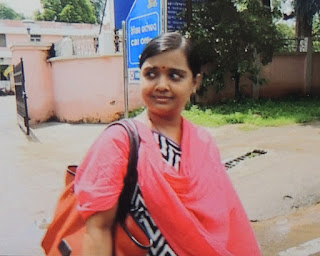 Bhubaneswar, Sep 13: The Central Bureau of Investigation
(CBI), probing the chit fund scam in Odisha, on Tuesday grilled Kabita Sethy, the
wife of Artha Tatwa (AT) Group CMD Pradip Sethy here.
However, she did not reveal anything to media regarding her
grilling after coming out of the CBI office here. Sources said the CBI sleuths,
including the Investigating Officer (IO) of the AT scam, interrogated her about
the illegal money trail of the tainted money collection company.
Pradip Sethy has been in the Jharpada Special Jail here after
being arrested by the CID of the Crime Branch in May 2013, which had initially
probed the chit fund scam before the CBI took over the investigation following
a Supreme Court order in 2014.
The tainted money collection company is accused of duping
lakhs of gullible investors of Rs 1,200 crore. The Central investigating agency
has already submitted chargesheets against Sethy, ruling BJD MLA Pravat
Tripathy, and many others for their alleged complicity in the mega scam.