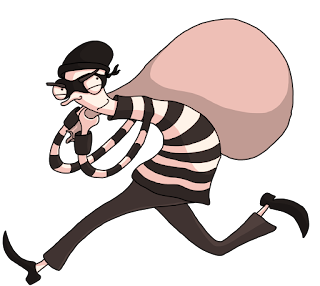 Bhubaneswar, Sep 27:  The Bhubaneswar Government Railway Police
(GRP) on Tuesday arrested two train passenger looters.
Mithun Pradhan (19) and Santosh Jena (31) were forwarded to
court. They both belong to Ganjam district.
Bhubaneswar GRP IIC Soubhagya Kumar Swain said Mithun was
nabbed while trying to steal the trolley bag containing valuables of one P
Venketeswar Rao (66) of Sankarmathamn Road, Visakhapatnam in Andhra Pradesh
from the station, Santosh was arrested while looting a women passenger in
Neelachal Express.
On Monday morning P Venketeswar Rao had arrived at the Bhubaneswar
station by the Rajadhani Express from New Delhi. He was waiting at platform
four to board the Tata Nagar-Visakhapatnam train at 10 pm to travel to Vizag.
At that time, some unknown miscreants committed the theft of his trolley bag
containing cash of Rs 2,555, PAN card, HAL I Card, ATM cards and other valuable
official documents.
Mithun was intercepted by GRP personnel while he was
carrying the trolley bag like a collie and walking outside of the station, said Swain.
In the second incident, one Rajesh Kumar Patel of Jharsuguda
along with his family came from Puri in Neelanchal Express up to Bhubaneswar
and boarded the Bhubaneswar-Rourkela Intercity at 1.30 pm on Monday night to
travel to Jharsuguda.
“While they were boarding the intercity train, Santosh looted
vanity bag containing cash of Rs 2,500, ATM cards and other valuables of
Rajesh’s wife,” added Swain.
Earlier, he was also arrested and sent to court on several
occasions.