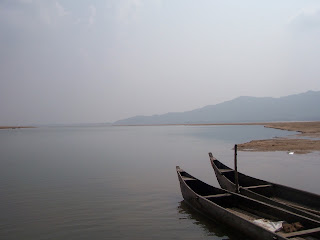 Sambalpur, July 30: Mahanadi
is no more a water surplus basin, as being marketed by Governments, but a
deficit basin.
According to Ranjan
Panda of Mahanadi River Waterkeeper, a study carried out by a team of
researchers from IIT Madras and IIT Bombay has now come up with a scientific
analysis and found out that Mahanadi’s water yield has decreased by a huge 10
percent in recent years owing to significant decrease in rainfall over the
basin.
Referring to the study
titled, “Indian Summer Monsoon Rainfall: Implications of Contrasting Trends in
the Spatial Variability of Means and Extremes” by Prof Subimal Ghosh of IIT
Bombay and team, Panda in a statement said that the decrease in yield in
Mahanadi is highest in the country along with another river. He referred the
study and said, “The study has found out that he water yields of major surplus
basins, such as Mahanadi, Godavari and West Flow River–I, have exhibited
decreases in recent periods. The water yields show decreases of more than 10%
for the Mahanadi and West Flow River–I. For other surplus basins, the changes
are within 10%”.
“This is mainly because
of significant decreases in rainfall,” said Panda referring to the study.
Brahmani has also faced significant decrease in rainfall, informs he, quoting
the study.
The study findings say
that the decrease in the monsoon rainfall in the surplus river basins, which
are majorly present in the core Indian monsoon zone, may be due to the drying
of rainfall in these regions during recent decades. The monsoon over Indian
region is typically associated with a strengthened cyclonic circulation, with
the moisture flux converging over this region. However, when the changes in
mean vertically integrated moisture flux (VIMF) and wind patterns are analyzed
an anticyclonic circulation leading to divergence in VIMF was found, especially
in the central part of India, along with convergence in the Gangetic plains.
Hence, this could be the reason for which the major surplus basins have a
decreasing rainfall trend.
“This study also
confirms our apprehensions about the Interlinking of Rivers (ILR) plans of the
government of India”, said Panda, adding, “We have been warning the government
about Mahanadi being a deficit basin already and is going to further starved of
water owing to climate change. The ILR plan for Mahanadi is not suitable at
all.”
The IIT study says,
“Our analysis also raises concerns about the suitability of major nation-wide
projects related to river water-basin interlinking, in which the sustainability
of water surplus conditions in river basins in response to a changing climate is
not ascertained. Therefore, the water demand in a surplus basin first needs to
be assessed and met under decreasing water availability scenarios before
transferring water to the deficit basins. Hence, we argue that planning for
inter-basin water transfer necessitates an immediate reassessment with a
systematic approach”.
“Study findings are
significant and have come at the right time when we are trying to pursue both
Odisha and Chhattisgarh to recognise that Mahanadi is a water deficit basin and
hence planning all development projects need to consider this”, said Panda.
“We have initiated a
Mahanadi River Basin Peace Initiative and are demanding both the state
governments to initiate a dialogue for integrated planning and management of
Mahanadi basin in which the ecological carrying capacity of the river needs to
be assessed under such climate change induced scenarios in which the water
availability of the basin would be further decreasing,” said Pand hoping that
the governments would be seriously considering this.