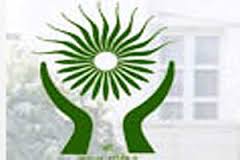 Bhubaneswar, Oct 7: The
National Human Rights Commission (NHRC) has directed the Odisha Government to
make adequate arrangement for cleaning the class room of the schools and asked
not to deploy students for cleaning the class room.
The rights panel also
issued show-cause notice to the Chief Secretary seeking reply within six weeks,
as to why an amount of Rs 10,000 only be not recommended to be paid to the
victim Kareena Begum, a Class-VII student of Government Upper Primary School,
Sonepur who was locked inside her class room while she was cleaning the class
room after the school was closed for the day.
Acting on a petition
filed by rights campaigner Subash Mohapatra, the apex human rights watchdog earlier
had taken cognizance into a matter from Sonepur district administration and
found as “a clear case of violation of human rights”.
“During enquiry it was
found that the incident had occurred due to lack of supervision of the Head
Mistress of the school who was solely responsible to supervise and ensure
safety and security of students. Thus, it is clear case of violation of Human
Rights of the Victim Kareena Begum”, the rights panel observed.
Earlier, the rights
panel observed and ordered; “Additional Secretary, Government of Odisha,
Department of Education and Mass Education, Government of Odisha be also asked
to inform the Commission as to what punishment has been awarded to the errant
headmistress after departmental enquiry.”
Sangeeta Rath errant
in-charge Headmistress was placed under suspension on November 26, 2014 and
departmental enquiry was initiated.