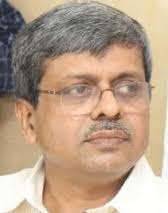 Bhubaneswar,
Oct 28: The JICA-assisted Odisha Integrated Sanitation Improvement Project
works in the twin city of Cuttack and Bhubaneswar have been fastened within
last three months, taking the achievement up to 42 percent in physical progress
of the project, claimed the State Government on Friday.
The
progress was achieved following the orders of the Chief Secretary issued
earlier.
A
review of the project was held at a high-level steering committee meeting under
the chairmanship of Chief Secretary Aditya Prasad Padhi here on the day. Padhi
directed the executing agencies to complete the ongoing drains and sewerage
points before digging new areas. The department was also directed to have close
micro level monitoring of the physical progress and ensure that the money spent
yields highest result in terms of the core works of the project.
The
project includes 632 km of sewer network (252 km in Bhubaneswar and 380 km in
Cuttack), 26 sewerage treatment plants and 48 pumping stations in the twin
city. The project cost has been estimated at Rs 2,974 crore, out of which the
State Government provides Rs 594 crore and the JICA loan component is around Rs
2,380 crore.
The
project has been divided into four broad packages. By September-end this year,
the overall physical progress achievement in all four packages has been around
42 per cent against the overall cumulative progress of 32 per cent up to June
2016.
The
Chief Secretary wanted to strengthen the monitoring activities at the ground
level and scale up the performances in coming months. A target was set to
commission various packages of the project in different phases from December
2017 to June 2018.