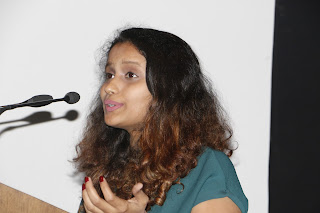 Bhubaneswar, Feb 4: With the quality of treatment improving
and rise in awareness, cancer survival has doubled since the 1970s, eminent
radiation oncologist, Prof Bidhu K Mohanti said on Saturday.

“Most cancers are curable as all such conditions are not the
same and people who are surviving for ten years or more after being affected by
the condition has reached 50 per cent ,” he said while speaking at a cancer
awareness programme organised by the SOA University on the occasion of World
Cancer Day.

Prof Mohanti said only five or six types of cancers were
really dangerous. “But cancer is not a single disease, it is a big landscape,”
he added.
The expert, who served in AIIMS, New Delhi, for long years,
said that 15 million new cancer patients were diagnosed in India every year
with cancer of the lungs, breast, cervix, head and neck and stomach being the
most common. 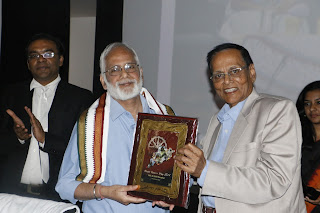 Well-known cancer survivor and youtube activist Ruchi Gokhale
also graced the programme held at the Institute of Medical Sciences and SUM
Hospital (IMSSH) the global theme for which has been “We can. I can”. The day
was observed in the hospital as “Celebration of Life”. A large number of cancer
patients and survivors also attended and shared their experiences.
Pointing out that cancer was a very old disease, Prof Mohanti
said Rudolf Virchow, the German physician and pathologist, was the first to
correctly link the origin of cancers from otherwise normal cells in the 19th
century.
Prof. Mohanti, who himself was afflicted with the disease but
continued to attend to patients while getting
treated for the disease, said it was incumbent on the doctors and
hospitals to provide the treatment that the patient could afford while good
networking was needed between government and private institutions in fighting
cancer.
Stating that research conducted by him had revealed that 40
per cent of cancer survivors lived with pain while 20 per cent lost appetite or
didn’t get sleep, he said age was the single most causative factor for the
disease.
He also emphasised on medical students being taught adequate
communication skills saying it was of great importance in treating patients.
“Communication plays a major role in treatment and every medical student should
be taught this skill so that they become better doctors,” Prof Mohanti said.
Gokhale, who was diagnosed with cancer when she was 18 and in
12th grade in Mumbai, shared her experience and the way she battled the disease
not once but twice as she got a relapse.
“I had Hodgkin’s lymphoma and got cleared in 2012 after being
subjected to chemotherapy and radiation. But was detected with non-Hodgkin’s
lymphoma subsequently,” she said adding she launched her own youtube channel to
share her story and experience.
“This helped me to connect with people and I wanted to create
hope because it is contagious,” she said while telling the patients “Don’t be
afraid, fight it.”
Medical Director of IMSSH, Prof D.K.Ray and Dean of the
institute Prof. Gangadhar Sahu, the Medical Superintendent, Dr. Pushparaj
Samantasinhar, the hospital’s Surgical Oncologist, Dr. Sunil Agrawala and
Medical Oncologist Dr. Soumya Surath Panda were among those who addressed the
gathering.
It was a touching moment when Dr. Agrawala, the Organising
Secretary for the program, led his colleagues and patients in singing “Aa chal
ke tujhe main le ke chalun ek aisi gagan ke tale”, a famous Kishore Kumar
number from the film “Door Gagan Ke Chhaon Main.”