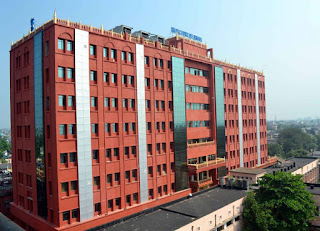 Bhubaneswar, Mar 20: In a major
jolt to the BJD Government in connection with the recent amendment to Odisha
Zilla Parishad Elections Rules, the State Election Commission (SEC) on Monday
argued in the Orissa High Court (HC) stating that once the process of election
has started, no Rules governing the said election should be changed midway.
Arguing on behalf of SEC in
the matter, lawyer Pitambar Acharya brought to the notice of the HC about
several directives of the Supreme Court in this regard and said the SC has
repeatedly observed that Government should refrain from interfering with the
election process once it has commenced. Even the courts should not interfere
either when the election in the halfway, he argued.
On March 8, the Panchayati Raj
Department amended the Election Rules of 1994 by incorporating a new clause
just four days before the scheduled elections for the post of presidents of
Zilla Parishads fixed on March 12 sparking controversy. As per the amended
rules, an authorised agent of each political party, whose members will vote for
the election of ZP president or vice-president, will be allowed to verify
ballot papers of his/her party members before they cast their votes to ensure
transparency.
Immediately, an elected ZP member
of Sundargarh district approached the Orissa High Court challenging the State Government’s
move.
The Division Bench headed by
Chief Justice Vineet Saran is hearing the case. The State Government would put
its view on Thursday.