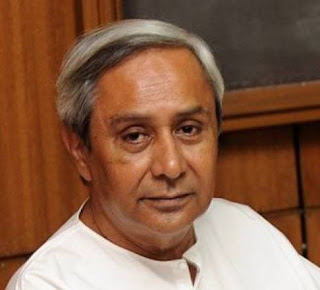 Bhubaneswar, Mar 17: With speculation rife over the
possibility of an expansion in the State Ministry in view of the negative
perception of the people towards the BJD in the recently held panchayat
elections, Chief Minister Naveen Patnaik on Friday hinted at a reshuffle of his
three-year-old Ministry. The changes is likely to be made after the ongoing
Budget Session that would conclude on April 7.
After his return from New Delhi on Friday, the CM when asked
by reporters about the Ministry reshuffle did not rule out the possibility and
said, “We will look into the matter and decide what needs be done.”
When asked about the ruling party’s poor show in the recently
held three-tier panchayat polls, Patnaik said, “We have already started the
process.”
Patnaik’s remark fuelled speculation in ruling BJD circles
that the much-awaited reshuffle/expansion of Ministry is round the corner as
the CM had earlier already informed that change on both the party organisation
and Government would be carried out to fulfil the expectations of the people of
the State.
However, the longest Chief Minister of the State, Patnaik has
all along been very
secretive when it comes to making changes in the
Government.
It is learnt that many young influential Minister may be
shunted out from the Council of Ministers. The results of the panchayat polls has deeply embarrassed several
heavyweight Ministers in the Naveen Patnaik Government.
From the beginning of his fourth stint as CM in 2014, Patnaik
has not ever changed or expanded his Ministry.