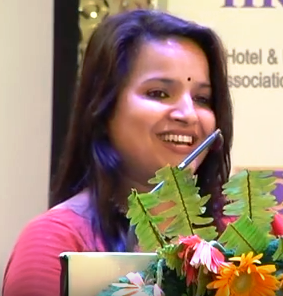 Bhubaneswar, October 3, 2017: The Odisha Government on
Tuesday effected a major reshuffle among top bureaucrats.
According to a Government notification while least 11 IAS
officers have got new assignments in the reshuffle one has given additional
charge.
Sangram Kesari Mishra of 1985 batch was posted as the new Chairman
of Odisha State Warehousing Corporation while 1988 batch officer Pradipta Kumar
Mohapatra was named as the new School and Mass Education Department Principal
Secretary.
Gudey Srinivas of 1990 batch was appointed as the Commerce and
Transport Department Principal Secretary while his batch mate Manoj Ahuja was posted
as the Officer on Special (OSD) in the General Administration. Sanjay Rastogi of
the 1991 batch was also made OSD in the General Administration Department.
While Saurabh Garg of the 1991 batch was posted as the new Agriculture
Department Principal Secretary his wife and batch mate Anu Garg was appointed
as the Labour and ESI Department Principal Secretary. The duo returned to the
State after their Central deputation ended.
The Government also appointed 1993 batch officer Nikunja
Bihari Dhal as the new Excise and Science and Technology Secretary while 1994 batch
officer Ranjana Chopra was posted as the new Cooperation Secretary. She will also
hold additional charge of the Gopabandhu Academy of Administration chief. Vir
Vikram Yadav (1996) was named as the new Secretary Food Supplies and Consumer
Welfare Secretary.
The notification further stated that 2004 batch officer Niranjan
Sahu was posted as the Additional Secretary in the Chief Minister’s Office (CMO).
Rural Development Secretary and Special Relief Commissioner (SRC)
Bishnupada Sethi of 1996
batch was given additional charge of OSDMA Managing Director.