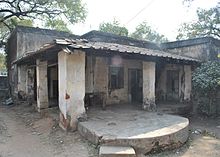 Bhubaneswar/Sambalpur, October 30, 2017: Even as a team led
by Assam Cultural Affairs Minister Naba Kumar Doley rushed to the Sambalpur Collector-cum-District Magistrate (DM) Samarth Verma with plea to save the
heritage residence of pioneering Assamese litterateur “Sahityarathi”
Lakshminath Bezbaroa in Sambalpur, Verma on Monday said that Chief Minister
Naveen Patnaik would take a final call on the issue. 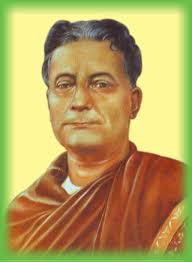 The Sambalpur district administration on Saturday said it
would not demolish the heritage house and instead conserve the building after Assam
Chief Minister Sarbananda Sonowal spoke to Patnaik on Friday over phone and
requested him to protect and preserve the property which is associated with the
emotions of the people of Assam.
“The district administration wants preservation of the century-old
heritage house. But the final call in this regard will be taken by Hon’ble Chief
Minister,” said Verma after the meeting with the delegation.
People in Assam protested after the State Government ordered dismantling
of the century-old desolate house in Sambalpur belonging to the doyen of
Assamese literature and creator of Assam’s State anthem, Lakshminath Bezbaroa to
build a bridge over Mahanadi river and a rotary created a stir in the state.
Wasting no time, Assam CM Sonowal deputed his Cultural Affairs
Minister Naba Kumar Doley and press advisor Hrishikesh Goswami to rush the Sambalpur
DM to save the heritage residence.
“We are honoured and privileged enough to have visited the
historical house of writer Lakshminath Bezbaroa at Sambalpur. We hope that the
State Government here will preserve the heritage residence. We will meet Odisha
Chief Minister tomorrow and fervently request him to save the house,” said
Doley after visiting the abandoned house and meeting with the Collector.
The Odisha Government has already acquired the land at Nelson
Mandela Chowk on the bank of the Mahanadi river on which Bezbaroa’s two
dilapidated buildings stand. The land has been acquired for constructing an
approach road to the second bridge over the Mahanadi.
Bezbaroa, who was a poet, writer, satirist, playwright and
children’s literature writer lived in this house located on a sprawling two-and-a-half
acre estate at Nelson Mandela Square from 1917 to 1936 while carrying out his
timber business on the side. It is currently in a state of neglect and
disrepair.

Free laptops for 15,000 meritorious Plus II students this year in Odisha